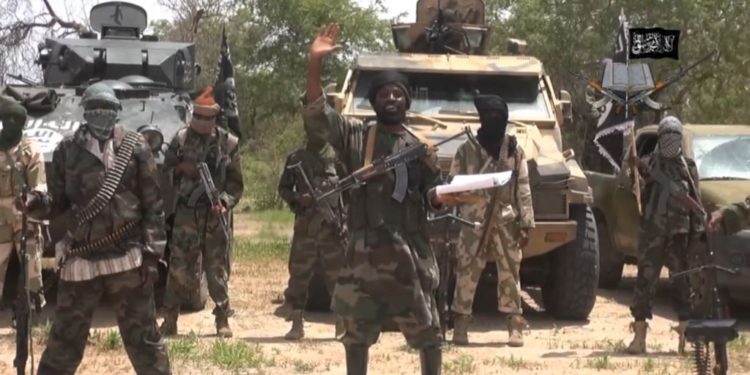 Lagos, Nigeria (CNN)Nigerian soldiers raided the offices of a local newspaper and took away journalists who wrote an article that “divulged classified information” and put its troops’ lives at risk, the army said Monday.

The Daily Trust said security agents “invaded” the newspaper’s bureau in the country’s troubled northeastern region and took away two journalists who worked on a story about the military’s operations against terror group Boko Haram.
“The soldiers shut the gate of the Maiduguri regional office, after arresting the two editorial staff on sight at the time of the raid,” the newspaper said on its website.
The army has faced fierce criticism following the raid. Garba Shehu, a spokesman for President Muhammadu Buhari, said on Sunday that the military had been ordered to leave the newspaper’s premises and that differences should be worked out through dialogue.

The army said it did not arrest the journalists but “invited” them to discuss the security implications of the article.
“We would like to state that the invitation of those involved in divulging military plans was done with the best intention in order to make them realise the import of such acts to our national security,” army spokesman Gen. Sani Usman said in a statement on Facebook.
The publication contained sensitive information that disclosed plans to counter the terrorist activities in Nigeria’s troubled northeast, he added.
Nigeria’s main opposition party has seized the opportunity to score campaign points against Buhari and called the raid “an attack on freedom of the press.”
“Soldiers should not be used to target law-abiding citizens,” a spokesman for opposition candidate Atiku Abubakar said in a statement.
Military bases have come under intense attack from Boko Haram militants in recent months with reports of large numbers of army casualties. The army’s leadership often denies these reports.
In November, it was forced to admit that 44 soldiers died in an attack on its military base in Metele village, Borno.
Insurgents have also reportedly reclaimed Baga, a village on the outskirts of Maiduguri and hundreds of residents, including the village head, have fled their homes.
-Source – CNN

THE MAIDEN EDITION OF THE EVENT XPERIENCE ...