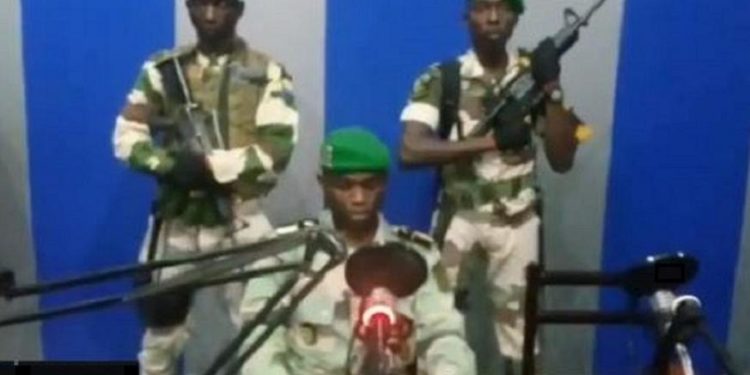 Hours after soldiers in oil rich Gabon announced that they had overthrown the President of the country, a spokesperson for the government has now said the coup by the “mutineers” had been thwarted.

Two of the soldiers suspected to be part of the plot have been killed while others have been arrested.

The soldiers had seized control of a radio of a radio station and announced that they had taken over the government in the early hours of Monday morning.

Lt. Kelly Ondo Obiang, the leader of the coup read out a statement denouncing Ali Bongo, who is currently out of the country receiving treatment for stroke.

“Rise up as one and take control of the street,” He said.

His message was followed by scattered gunfire in the capital, Libreville.

Ali Bongo had on new year’s day sought to put an end to rumours about his health by giving a televised speech where he said he was feeling fine and getting better, but the Military called it “pitiful” and and a move to cling on to power.

Ali Bongo, who has been out of the country for two months after reportedly suffering stroke, succeeded his father as President in 2009. The Bongo family has been ruling the country for 50 years.

Arsenal To Face Manchester United And Other ...