Niniola reminisces about her late father in a series of tweets

Popular singer and song writer, expresses her pain as she reminisces over her father’s death 24 years ago. Her late father, S.O Apata was 50 when he was killed, he was allegedly killed by assassins on January 8, 1995.

He was the founder of the famous Apata Memorial Schools, Isolo, Lagos State, he was killed right inside his building by the gang of blood-thirsty hoodlums who held other members of the family at gun point on that fateful day that the family was savoring the joy of their new born baby. Apata married three women from different backgrounds.

The first wife Gladys Ify was from Delta State. For a second wife, he took, Margaret Olayinka from his home state. Another Margaret (Folajogun), this time from neighboring Ondo State completed the trio of angels. . The terrible act which obviously bent the spinal cord of the family but fortunately, it did not break it; 20 years down the line, the three wives and the children have moved on with life and have become more united than ever, albeit they still rue the absence of their beloved father.

The Maradonna singer took to her twitter to open up about how she was feeling as January 8 is approaching. 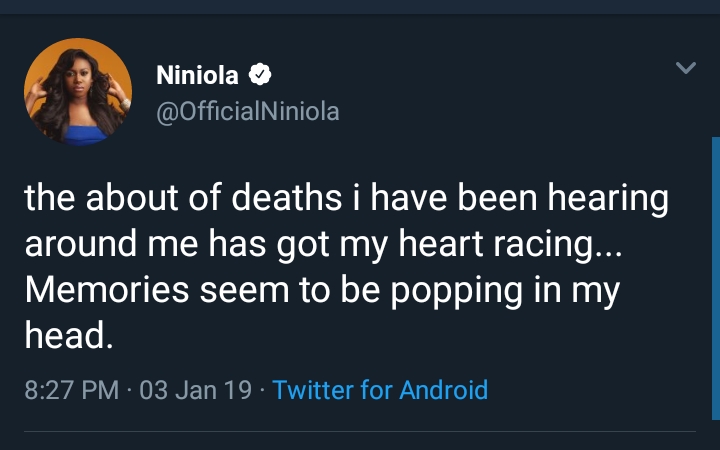 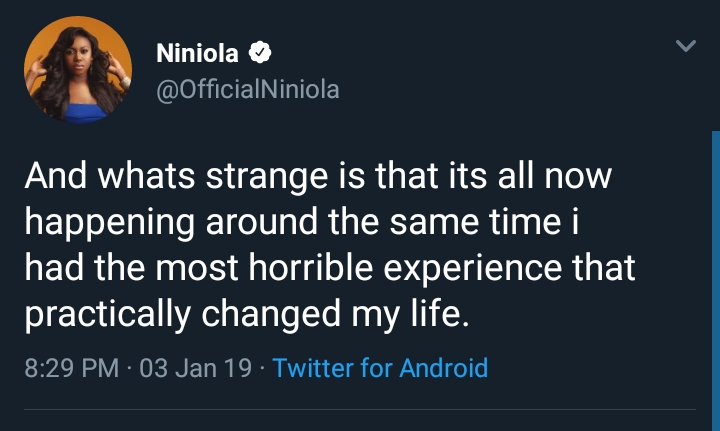 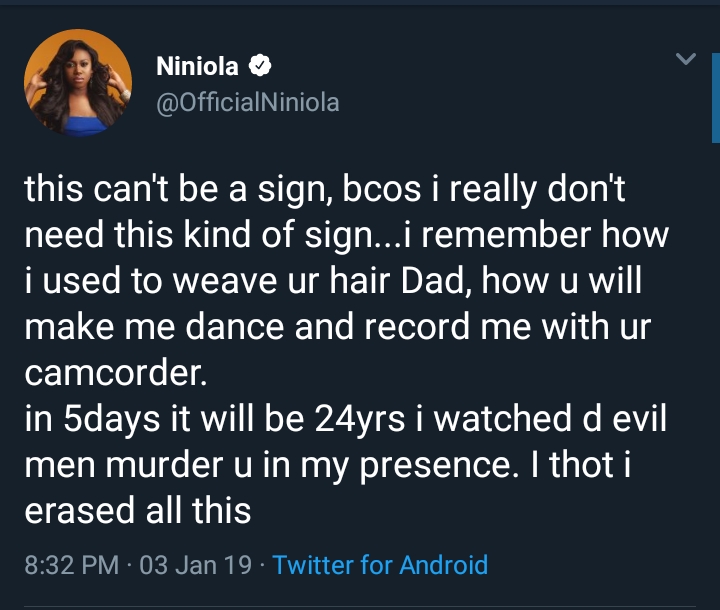 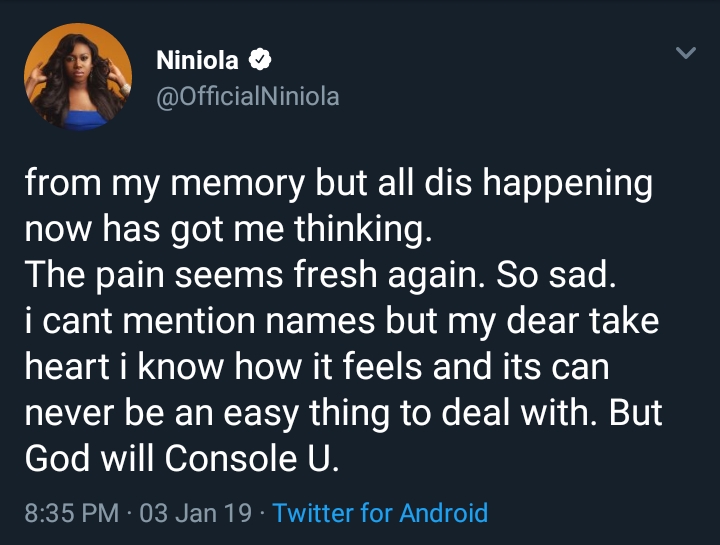 Teni the entertainer kicks of the year ...