Burna Boy seems to have-kicked of 2019 on a rather shaky note.  The Coachella Valley Music and Arts Festival is an annual music and arts festival which is held at the Empire Polo Club in Indio, California, located in the Inland Empire’s Coachella Valley in the Colorado Desert, recently dropped a list of artist that would be performing at the 10 day event and Nigerias very own Burna Boy and Mr Eazi were included. 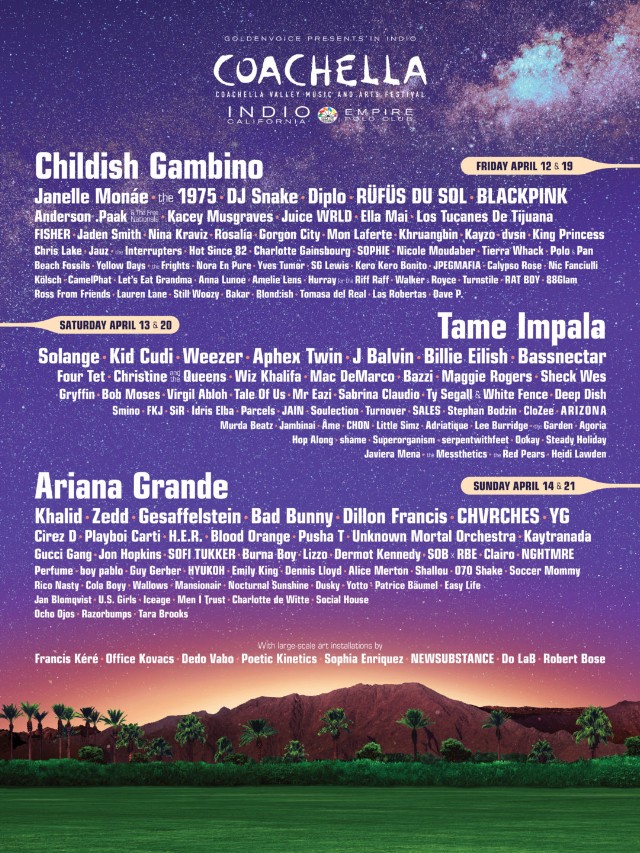 Following the exciting announcement, Burna boy took to his instagram page in a “post and delete” and demanded that Coachella put some respect on his name being that his name was too small. He also went out to say “I represent a whole generation of solid African creatives going global”, and of course people had one or two negative things to say. The musician had another session of post and delete this morning in reply to those that criticized him, view post below – 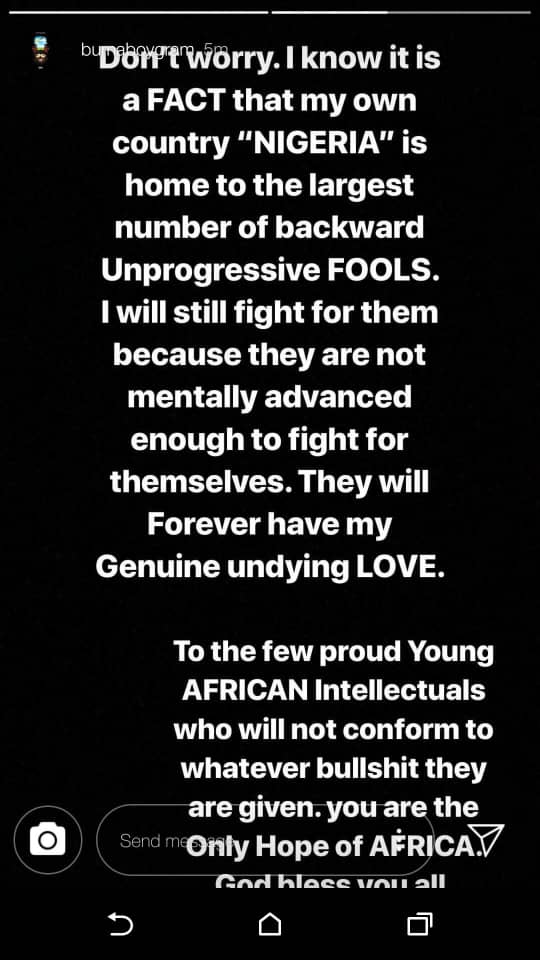 Twitter NG wasn’t having it with him referring to Nigerians as “Unprogressive fools”. Here are some reactions – 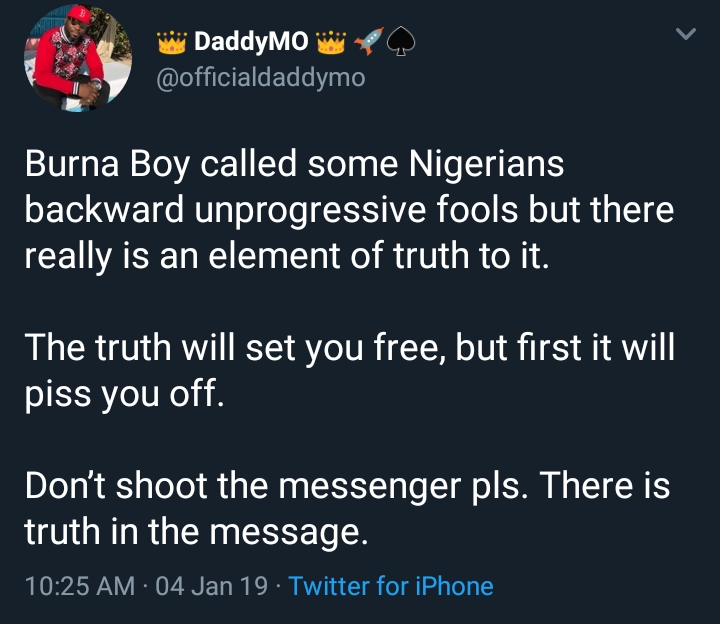 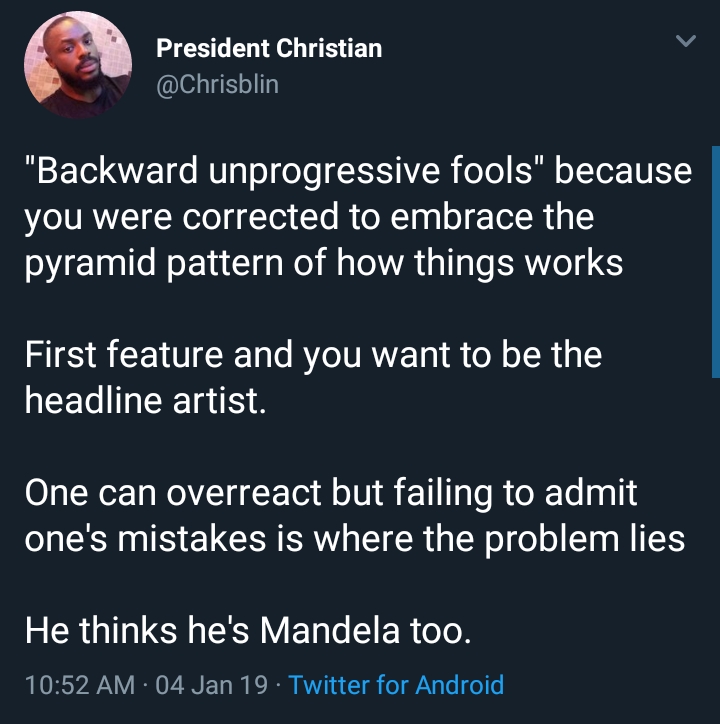 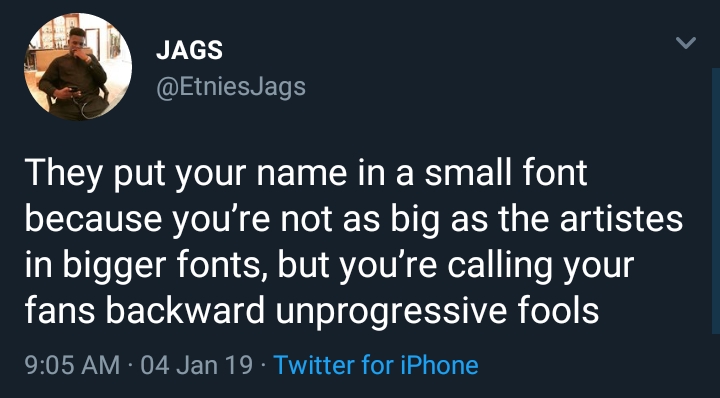 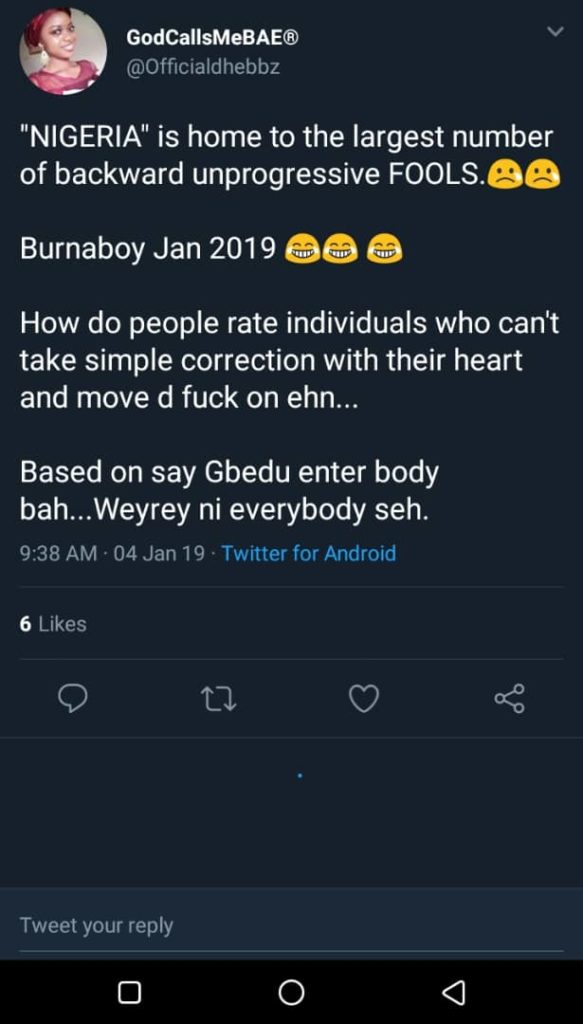 Niniola reminisces about her late father in ...