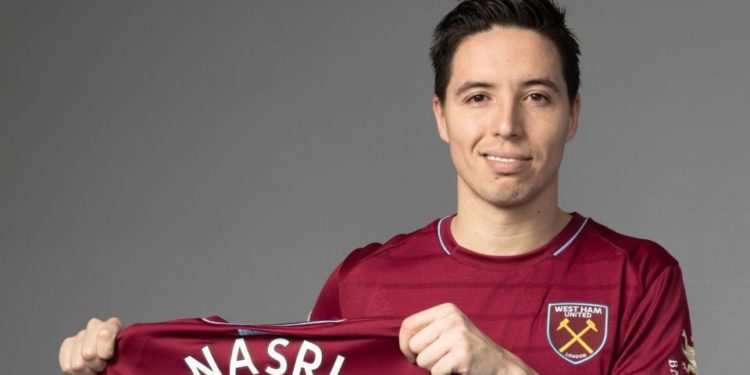 Former Arsenal player, Samir Nasri has joined West Ham until the end of the season after completing his doping ban.

Nasri had been training with the club since November after a deal was agreed earlier. He was banned for 18-months after receiving a drip treatment at a Los-Angeles clinic in 2016 while on loan at Sevilla.

According to Uefa, the treatment contravened rules laid down by the World Anti-Doping Agency (WADA). He was given an initial ban of six-months which was extended to 18-months after he lost the appeal against the initial six-month suspension.

Nasri last featured in a competitive match in November 2017 while playing for Antalyaspor in Turkey. He is now glad to be back in the Premier League though.

“You choose a club and a project because of the ambition, and I think that West Ham has everything to be one of the biggest clubs in London, for sure,” he told the club’s official website.

“I mean, 60,000 people at every game at home. We play in the Olympic Stadium. The training ground is there and you have owners who want to invest and have a good team. Everything is there to be doing great things.

“Coming back to the most competitive league in the world, with a team full of ambition with a manager that I know, it’s the best job in the world, and I’m really excited about it.”