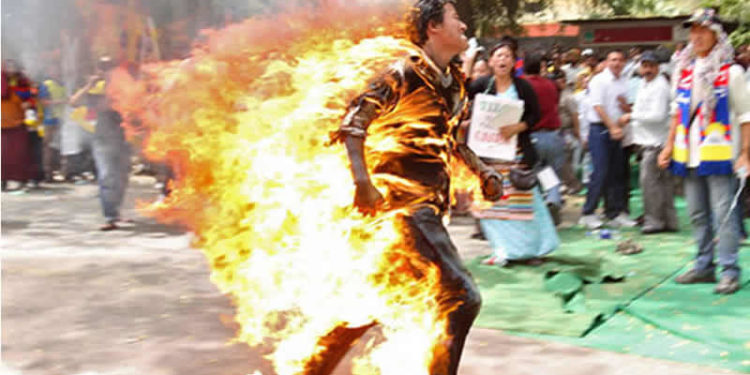 A Tunisian Journalist, Abdel Razaq Zorgi, 32, has set himself ablaze in protest of “difficult social conditions… and a lack of hope” in the North African country.

His self-immolation sparked a protests in the western city of Kasserine. Protesters blocked the main street and set tyres ablaze as police fired tear gas at protesters to disperse them. The protesters left but were soon back in the morning after the funeral of the Journalist.

The police subsequently deployed reinforcement on the streets of the city which is 65 miles from the capital Tunis.

Zorhi, in a video published before his death said: “For the sons of Kasserine who have no means of subsistence, today I start a revolution. I am going to set myself on fire,”

Police spokesperson, Sofiane al-Zaq has said Six members of the security forces were injured and nine protesters were detained.

In 2010, it was also the self-immolation of a street vendor that led to protest which eventually toppled long-time dictator Zine El Abidine Ben Ali. The protests spread to other countries in the country and led to the Arab Spring. Kasserine was also one of the first cities to rise up after the vendor’s death.

Persistent unemployment and “difficult social conditions” is also thought to be behind why the journalist set out to start a revolution.