Travis Scott To Perform At Super Bowl With Maroon 5 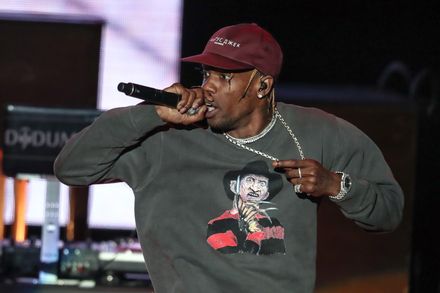 The rapper will make an appearance during the popular halftime show at the Mercedes-Benz Stadium ending weeks of speculation about who will join the Maroon 5 borne out of the controversy regarding Colin Kaepernick who has been unable to return to the league after kneeling during the national anthem.

A number of artiste including Rihanna, JAY-Z, Adele, turned down the gig this year and the organizers had found it hard to get someone to perform alongside Maroon 5. The show is the highlight of the NFL season with 111 million audience last year, but have increasingly found it difficult this year to get A listers to perform.

That wasn’t always the case as Artiste used to line up to perform, so much so that the NFL who currently don’t pay performers flirted with the idea of charging artists to perform instead. All that changed since Kaepernick took a knee and was subsequently blacklisted by NFL teams.

Cardi B was touted to perform but said earlier in the year that she would not perform until Kaepernick was hired, and since that hasn’t been the case, it is hard to see her gracing the stage.

Kaepernick chances of playing in the NFL is all but gone after Oakland Raiders opted to sign Nathan Peterman despite outcry from fans who believed Kaepernick was a better Quarterback.

Scott is having one of his biggest years of his career after the success of his album, Astroworld, which is one of the best albums of the year, and that of his tour which has seen him sell out venues like the Madison Square Garden.