A Full featured film on Rosa Parks to be released in 2019. 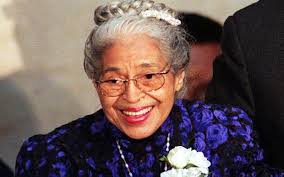 Rosa Parks’ legacy has been depicted in several forms, including the 2001 Academy Award-nominated documentary Mighty Times: The Legacy of Rosa Parks, and the 2002 TV movie The Rosa Parks Story, starring Angela Bassett. Still, we have yet to see an epic feature biopic on the big screen about the iconic civil rights activist.

Winter Slate Entertainment is expected to start filming one in 2019, Deadline reports. It has the perfect biopic title, too: Rosa. The film, written by Charlie Kessler and Hamid Torabpour, will focus on the 24-hour period following Parks’ unforgettable Montgomery, Alabama arrest on December 1, 1955. Bring on the Academy Award nominations.

“While most Americans have heard of Rosa Parks, the details of what happened on the night she was arrested, and her lifetime of political courage and activism, are largely unknown,” said Brooklyn College Distinguished Professor of Political Science, Jeanne Theoharis in a statement. “The real story of Rosa Parks is far different, and even more inspiring and relevant for our times than the tale most children learn in school.” Theoharis is the author of 2014 NAACP Image Award-honored book, The Rebellious Life of Mrs. Rosa Parks and will serve as the consulting producer on the film.

The Great Lamar returns to Basketball