He’s Only The Fifth Best Player In The World: Messi Scores Five and Assists Two Goals As Barcelona Mauls Levante 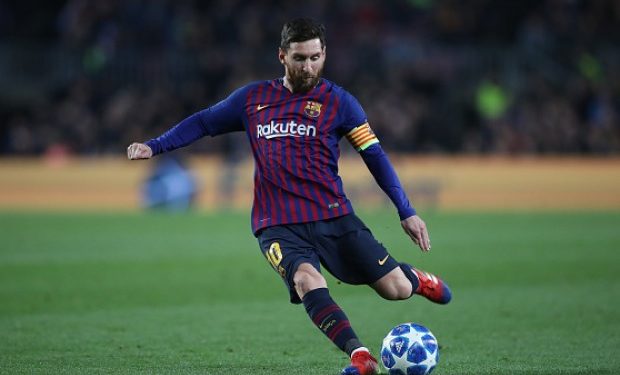 Messi was the difference as Barcelona beat Levante 5-0 in the La Liga.

The Argentine scored a hat-trick and recorded two assist to guide his team to an early victory and ahead of the chasing pack in the league. He followed last week’s brilliance against Espanyol with another majestic performance that left his critics gasping for breath.

With the help of Suarez, he mesmerised and stunned Levante over and over again, although the visitors started brightly and hit the bar. Soon after, Messi raised his game, and from there henceforth, it was game over for Levante.

First, it was a perfect no look cross that destroyed Levante’s resilience. Suarez met it and it was one-nil. Not long after, he was on the scoresheet himself. He ran into Busquets’ through ball and slipped the ball through Oier Olazabal’s legs to double Barcelona’s lead.

He was not yet done. In the second half, while in his favoured position, did what he has done with aplomb for more than a decade now but steering the ball brilliantly past the Levante keeper.

His third was a tap in after a sensational team move involving Suarez and Vidal. But there was still enough time for one more act from the maestro.

While his critics, including Pele have become more vocal in recent weeks, Messi has once again shut them up the best way he can – through his performances which more often than not makes others look mortal in comparison.

So much for the fifth best player in the world.

UEFA Champions League Round Of 16 Round ...