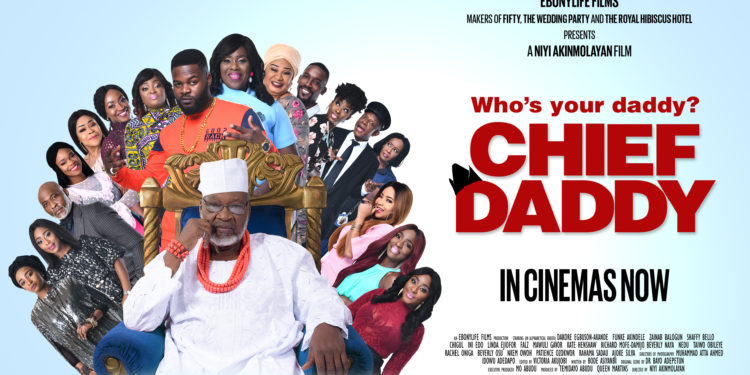 Lagos, December 14, 2018. With Chief Daddy now out in all cinemas, EbonyLife Films has revealed the music video to the ‘Famzy Anthem’, a song performed by rapper and actor Folarin ‘Falz’ Falana, as his character in the movie, ‘AK Famzy’.

The lead single of Chief Daddy, ‘The Famzy Anthem (Moving Mad)’ was composed by Femi Beecroft aka AK Famzy, the son and heir apparent to Chief Daddy, who is convinced that his lyrical abilities are second to none. He is determined to break into the Nigerian music scene with this song as his debut single. Famzy’s goal, besides receiving the bulk of his father’s estate, is be the winner of a coveted Grammy award for his unique talents. Unfortunately, what he deems ‘unique’ is perceived by his family as unimpressive and comical, which inadvertently makes it a very catchy novelty song.

Inspired by grime music in the UK, Famzy performs this song with an urban British accent or “street attitude”, according to the would-be rap star. The music video was shot in the same grime style, which includes a street location and the artiste surrounded by his ‘man dem’ – a group of friends. Also featured in this video is ‘Sandra Bello’, Famzy’s girlfriend, played by Beverly Osu. She is his one, true fan, cheerleader and unofficial hype girl. The video captures hilarious scenes from the movie, showing the star-studded cast and the characters they assume.

The music video debuted yesterday on the ‘Spanking New’ show on MTV Base and on EbonyLife TV’s ‘EL Vibes’. Attendees of the advance screenings of Chief Daddy have already labelled Famzy a fan favourite. The song will be on heavy rotation on music TV channels and radio stations across the country, and available for download

Fans can finally get to watch their favourite stars in the hilarious movie, as it comes out in all cinemas TODAY. Check out the music video here: