Larry Madowo is a Kenyan journalist and the BBC Africa Business Editor. He was previously a news anchor who specialized in technology, current affairs, political interviews and entertainment. The celebrated anchor’s name appeared alongside 10 other Kenyans.

“His appointment reflects the BBC growing interest in African coverage and the group has just opened its largest bureau outside the UK in Madowo’s backyard: Nairobi,” wrote the magazine. 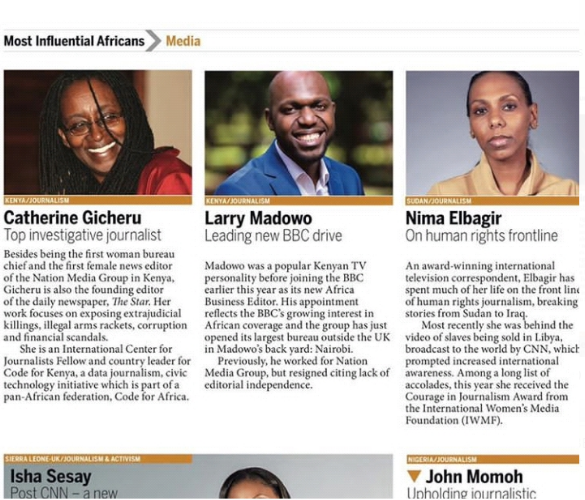 The former Nation Journalist took to his Instagram to share this wonderful news and how he felt like he wasn’t worthy of the award. He was listed among others such as Catherine Gicheru, Nima Elbagir, Isha Sesay, John Momoh and many others.

?Wait, even I was named among the 100 Most Influential Africans 2018! I’m not worthy, obviously, so how did that happen? Clearly the New African magazine’s standards have really fallen ? ?

The list reveals Africans who contributed to shaping the African narrative this year and also to play a big role in the coming year, both on the continent and in the Diaspora. You can view the full list at https://shop.exacteditions.com/new-african

Useful Tips We learnt From the Masterclass ...