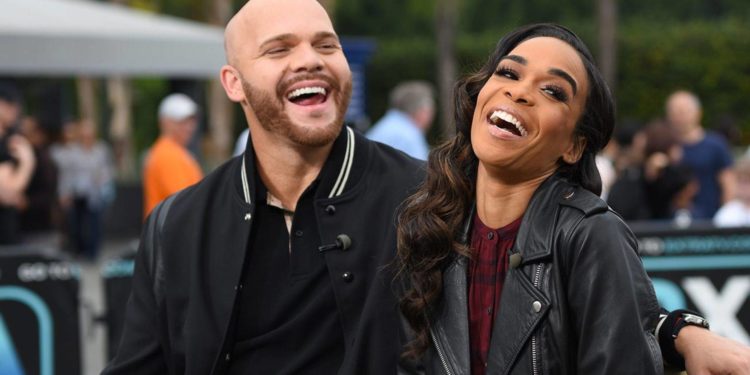 The couple who have endured many ups and downs in their one and the half year relationship have now called it quits, Michelle said on Instagram.

Michelle wrote on Instagram: “I still remain fearless,” wrote Michelle. “I guess I still remain single! Things didn’t work out. The healing that needs to take place is a must. I don’t wanna destroy another relationship. Blessings to him, his family and his ministry. #Fearless”

The couple met in 2017 at an Arizona spiritual retreat run by Johnson and got engaged in April 2018.

This is the second time Michelle has called off the engagement after revealing in October that she also called it off during the summer just before checking into a treatment facility.

FED UP WITH LOVE

Williams, 38, and Johnson, 41, first met in March 2017 at an Arizona spiritual retreat run by Johnson, a life coach who has also worked as a chaplain for pro sports teams including the Pittsburgh Steelers and L.A. Dodgers.

“I was in a horrible, dark place,” Williams previously told PEOPLE. “I just needed to go somewhere where I could get a message of hope and restoration, rejuvenation — get connected to God.”

Johnson could relate. “When we met, both of us were in very similar places on a personal level,” he explained, adding he had all but given up on dating. “Michelle was coming off the heels of a really bad relationship, and I was just in a place of despair as well.”

Chelsea Reminds Us All That City Are ...