Chelsea Reminds Us All That City Are Good, But Not Quite Invincible 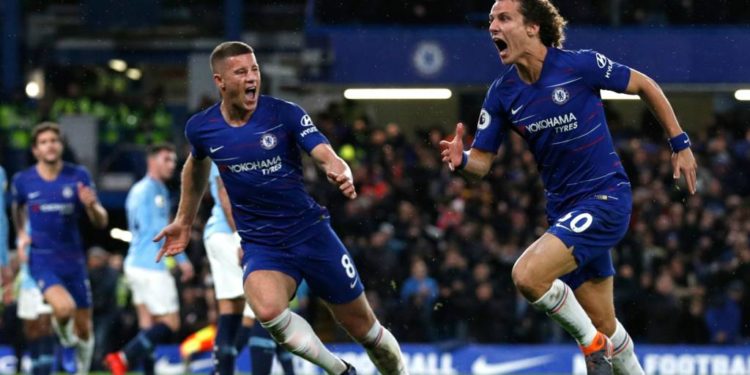 Wenger will be somewhere smiling right now after Chelsea removed City’s cloak of invincibility at Stamford Bridge leaving the Frenchman and his Arsenal class of 2004 as the true invincibles of the Premier League era.

Liverpool can start to dream too and believe this might just be their year afterall as the City loss meant the Merseyside giants go top of the league after their win earlier on the day.

Beyond the mathematics and permutation, Chelsea were able to show City were not so invincible after all. City are known and revered for their team play, and ability to find space through their movement. but Chelsea were able to nullify that. David Luiz didn’t take a wrong step throughout the game while Kante showed us why he is possibly the best midfielder in the league with a performance full of verve and heart.

Chelsea came into the game on the back of two losses on three games while City were favourites with three wins on a bounce.

City showed why they were favourites as they pegged Chelsea, who held on to dear life. for most of the first half. Yet, it was Chelsea that took the lead at the stroke of half-time through Kante who lashed on to a Hazard flick to strike the ball into the roof of the net. Hazard’s assist was just Chelsea’s sixth pass in the final third of the pitch in the first half.

City had most of the ball in the first half, and looked to continue with that in the second half. Try as they might, it was Chelsea that scored the next goal to extend their lead.

Luiz, who had been superb all game arrived at the far post with a looping header that clipped the post to cause wild scenes at the Bridge.

The goal broke City spirits as Chelsea looked likelier to score the next goal.

Manchester City, for the second year running, have reached for invincibility but have had the dream shattered, this time at the 16th time of asking. Which leaves us only one invincible – the Vieira led Arsenal team of 2004 whose achievement keeps aging well. They also had fewer flaws than this City side. They could play attacking football, and unlike City who seem to fancy the flank and cutbacks, especially without Kelvin De Bruyne, that Arsenal team could damage from any angle – with the speed of light, and the precision of a surgeon. It was a team of great characters and even greater mentality.

It was just a matter of picking your poisons.

Chelsea have shown City have flaws. That they have flaws doesn’t mean they are not the best in the league though. They remain the team to beat, and will probably still win it all. It only means they are not quite invincible.