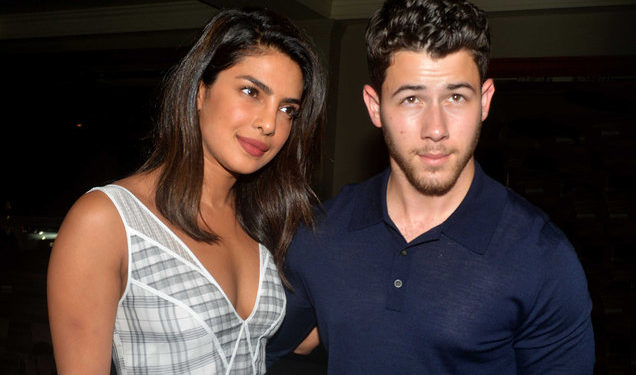 On Saturday, actress and international beauty icon Priyanka Chopra wed singer, songwriter, and actor Nick Jonas at the Taj Umaid Bhawan Palace in Jodhpur. It was indeed a beautiful and romantic wedding.  It was important to the couple that their wedding was a thoughtful representation of both their cultures, much like their roka engagement ceremony, which Chopra described as “an incredible coming-together of two really ancient cultures and religions,” in her Vogue cover story.

To commemorate such a momentous occasion, the newlyweds are the stars of Vogue’s first-ever digital cover, featuring two scenes, one photographed by Annie Leibovitz and another shot by Steven Brahms, both captured on a Google Pixel 3 camera, in partnership with Google. The shoots are a study in easy intimacy; Leibovitz photographed the couple in a dreamy pastoral setting, and Brahms captured the newlyweds in motion, holding hands and leaning in for a kiss.