Arsenal’s Win At Bournemouth Was Their Fourth Away Win This Season. That’s As Much As The Team Managed The Whole Of Last Season 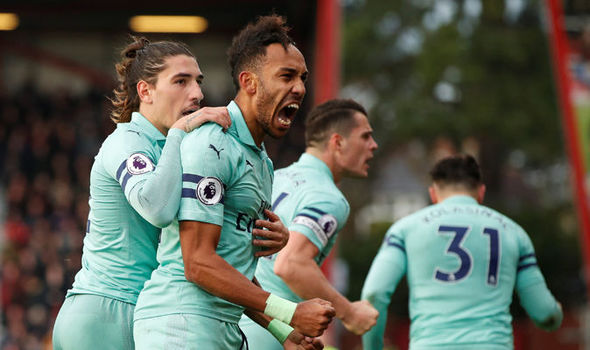 Arsenal won a hard-fought 3 points at Bournemouth – the team’s fourth away win of the season.

That is as much as the team managed the whole of last season.

Why there are obvious contrast to Wenger’s last year at the helm. there were still plenty similarities, starting with the line-up as Emery opted for 5 at the back – a nod to Wenger’s preferred formation in his last years.

Bournemouth started the stronger team and pressed Arsenal well and should have gone ahead.

Arsenal grew into the game and started asserting their will on the match and were rewarded with a fortuitous goal after Jefferson Lemar, at full stretch diverted Kolasinac’s cut back from a Iwobi through ball into his own net.

Bournemouth were soon back in the game after a counter attack that would have left many of the top teams in Europe envious. Iwobi tried one turn too many in the Bournemouth box as Arsenal tried to score a second before half-time, but was dispossessed. Ryan Fraser ran with the ball from deep as Arsenal lost shape. Two passes later, the ball found Joshua King who superb first time curler beat Leno.

Bournemouth were back in the game and what a time to do so.

Arsenal put their nose in front later in the game from a quick freekick that caught Bournemouth flatfooted. Again, Iwobi and Kolasinac combined to find Aubameyang whose found the net.

The goal was Aubameyang’s 8th of the season – level with Aguero. It was also the Gabonese’ 20th goal in 31 games for Arsenal.

The win keeps Arsenal in touch of the leading pack, just one point behind Chelsea and three behind Totthenham who they face next Sunday in the North London Derby.