Atletico Against Barcelona, Tottenham To Host Chelsea And Other Big Matches To Look Forward To Today 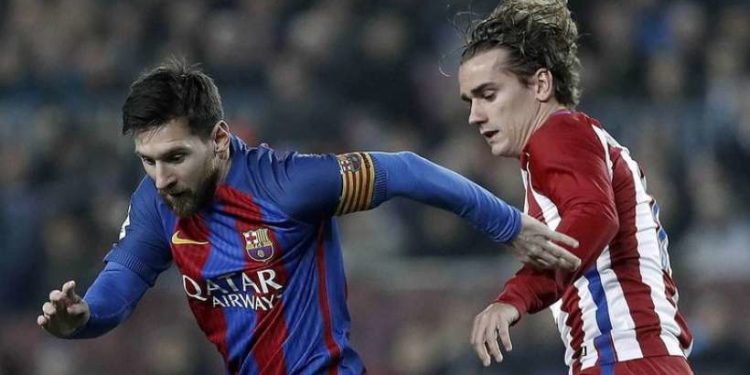 Atletico Against Barcelona, Tottenham To Host Chelsea And Other Big Matches To Look Forward To Today

After the interlude that was the international break, club football returns today and we couldn’t be happier.

And as if he knew what we missed, the fixture god has supplied us with treats today. From the Premier League to the La-Liga and then to the Seria A, there are mouth-watering games to keep us interested.

Here are the games to look forward to:

Both teams haven’t really inspired confidence this season, but still find themselves at the summit of the league. This game will be won by the team able to play closest to the potential, as that has been the biggest worry for both coaches this season.

After Barca’s embarrassing loss to Betis two weeks ago, they will aim to get back on track by getting the three points against one of their main rivals in the league.

Atletico on the other hand, have struggled for goals and as usual have had to rely on their stingy defence. This promise to be Barca’s attacking prowess against Simeone’s defensive rigidity.

Chelsea have only tasted defeat once this season – at Wembley, and they go back the ground to face Tottenham in what should be a consequential match for Champions League qualification.

Tottenham may have lost three games this season, but are still close to the leading pack and will retain hope of winning the Premier League for the first time. Chelsea have not lost but their draw at home to Everton slowed down their progression and today, they will want to press hard on the accelerator.

Tottenham will have something to say about that though and with Harry Kane leading their attack, are a dangerous customer for any team in the Premier League.

In italy, Udinese vs Roma should be a mouth-watering encounter and a match to look forward to.