Throwback Thursday: A Look Back At The Album That Changed It All 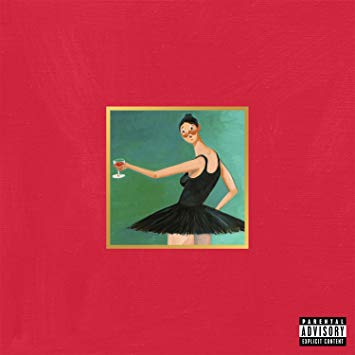 As expected, Kanye West’s masterpiece would be a game changer and that was exactly what his 5th studio album, My Beautiful Dark Twisted Fantasy, was.

The album, a maximalist, grand, pop-friendly, yet deeply introspective album changed the course of what was possible for a rap album and showed Kanye to be the leader of a new school of rapper – one not scared to put their emotions on a record and who sort to expand the genre from a narrow-field of drugs and inner city crime and vice to one that is mind-bending, and progressive.

While his previous album, 808’s and Heartbreak, was full of auto-tune accompanied by a minimalist sound that was evocative of his state of mind at the time, MBDTF was the direct opposite. It showed Kanye at his grandiose, daring, and inimitable self.

All of the Lights was like a mashup of all your favourite singers locked together in a booth for a clearly over the top song that whirls you around like the lights of Vegas, and Runnaway – while a song for douchbags, was redeemed by Kanye’s acceptance of his own douchnaggery. And six minutes in and when you think the song was done, the piano takes over and string you along on a odyssey of sound only a mind as crazy as Kanye’s could have conjured.

The album, regarded by many as the best rap album of the decade, made other albums that year look wimpy and uncreative.

This was the album that broke all the rules and replaced it with nothing. There are no rules.