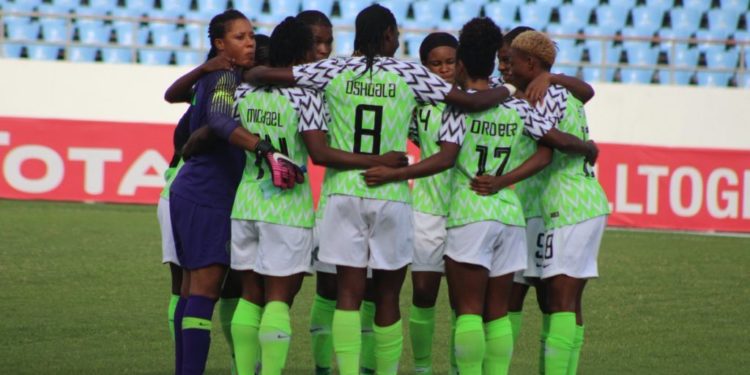 The Super Falcons of Nigeria beat the Shepolopolo of Zambia 4-0 to improve their chances of qualfying for the next stage of the competition.

The Falcons, who are the defending Champion lost their opening match in the competition to South Africa and needed the points to remain in the contention for qualification to the next round.

The opening goal was scored by Desire Oparanozie, and the Falcons took the lead into the break.  Francesca Ordega added a second immediately after the break.

Oparanozie added her second to make it 3-0 before Amarachi Okoronkwo added a fourth to take the game beyond the Zambians.

The win puts the Falcons on top of the log, ahead of South Africa who face Equitoral Guniea later in the day.

The Super Falcons will face Equitoral Guniea in their last game of the group.

Throwback Thursday: A Look Back At The ...