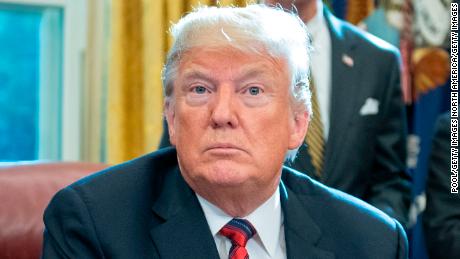 CNN have sued the Trump administration on behalf of reporter Jim Acosta whose press pass to the white house was revoked.

This suit is an escalation of the poor relations between the news network and President Trump after the altercation that transpired at the White House between Acosta, Trump and a White House press aid.

It stared when Acosta asked Trump a question which the President refused to answer, and Acosta insisted.

Taking cue from the President’s action, a white house press aid went up to the CNN reporter and tried to wrestle the microphone from his hands. The scenario was beamed life and drew a lot of worldwide criticism.

After the event, White House Press Secretary, Sarah Sanders announced that Acosta’s “hard pass” – which allows the reporter to enter and leave the white house each day – had been revoked.

She also called the video “unacceptable” and then tweeted a sped-up video of the altercation which made Acosta looked like he was hitting the press aide.

In a statement, the network said:

CNN filed suit in U.S. District Court in Washington. “We have asked this court for an immediate restraining order requiring the pass be returned to Jim, and will seek permanent relief as part of this process,”

Here Are The Players In Camp As ...

Lagos State Government Approves The Use Of ...