Do You Think It Is Helpful For Students To Be Taught Science Subjects In Indigenous Languages? An Experiment Using Yoruba Is Trying To Prove It? 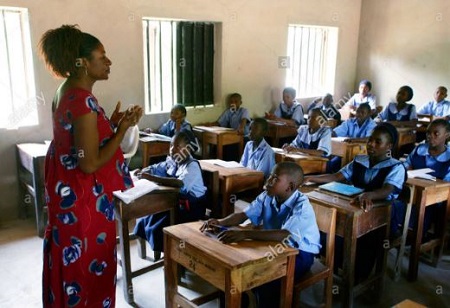 Would you allow your child to be taught science subjects using indigenous languages?

This is a question many parents feel strongly about, especially as it concerns the intellectual development of their children, irrespective of their stand on the issue, although many tend to see the dangers inherent in trying such, and for good reasons too.

In this part of the world, we can only associate literacy with the understanding of English, which is understandable as it is our lingua franca, and we have come to expect any sort of knowledge to be passed through the official language. Doing any other thing is foreign to us.

The downside of having an official language – especially one that is foreign – is that it eventually leads to the death of indigenous languages, which are seen as inferior due to their lack of usefulness in the commercial sense, especially in a country that is becoming increasingly educated and upwardly mobile.

Nigeria though is not the first nation to ask the question and wont be the last to tussle with the idea. Many countries, mostly Asian ones have tried to find answers to this conundrum in a bid to increase the understanding of their young ones when it comes to STEM subjects.

Now, according to Quartz Africa students at select schools in the southwest will soon be taught science subjects in Yoruba language. The teachers have already translated textbooks into the local language and will start a pilot project across seven schools.

Many academics have insisted that teaching in a child’s mother tongue makes subjects more accessible and understandable to the kids. A 2006 UNESCO study also showed that doing so resulted was likely to result to higher retention of knowledge. It has also been tried out in places like Thailand, and Cambodia.

How receptive Nigerians will be to the results is another matter entirely.