Should Football Fans Still Listen To Pundits When They Never Make Good Managers? 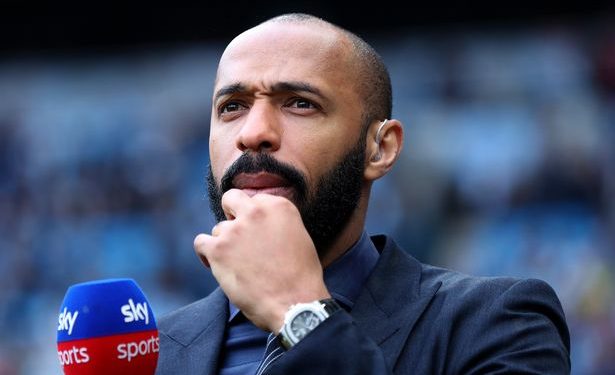 Facing large screens, dressed in impeccably tailored and pressed suits, and with zero pressure to be right, or at least, no lasting damage if they are wrong, pundits throw around different buzz words dressed in analysis.

They know the managers who have lost it and seem to have an answer for every question a bad result raises. I know they have to talk, but like Arsene Wenger once surmised – people that are paid to talk all the time would eventually have nothing to say, and in lieu of that, would start making things up, or simply say unintelligent things.

Nothing in life is black or white, and that is especially true in football, yet these days, pundits and fans alike, with the later following wrongs posturings by the former, are always in the search for easy answers. It is either a manager has lost it, or is done tactically. Or he is the best things since party Jollof rice.

Henry, and Gary Neiville before him, were rave of the moments when they started their punditry careers. They knew who the best managers were, and importantly, what the bad ones were doing wrong. And they had ready answers, which made sense – sort of – on the screen in the studios. They saw why a goal was scored and how the defender lost track of the attacker – making it known, quite simply, how one step in the right direction would have stopped the attack.

They could easily spot a team lacking in attacking direction and impetus and knew exactly how that could change. And of course, they could buy anyone, whether the player wanted to leave his club or not. They knew how desire spurred winning and how to apply the right dose into the players’ mentality. They knew how to curb a downward spike in form, and use the underlying hunger and anger to motivate players to reach within for greatness.

So they should make good managers, right?

Emmm….. not really. Well, for Henry, the Jury is still out. But after failing to win in five games and overseeing Monaco’s worst defeat in Europe, the Jury is murmuring already and it isn’t particularly positive.

For Gary, the Jury is out and the Judge has spoken – he should stick to punditry, and like an ex-con scarred from his time in prison, he isn’t willing to violate parole.

I am not mocking them. I am only pointing out the folly of thinking these ex-players know more than most managers, or that an iPad screen is a better teacher than a club’s academy or professional badges.

So who am I mocking?

The ones who have seen this time after time, yet nod with brain dead abandon to an analysis that summarises 90 minutes of football at the highest level to “they wanted it better. they showed passion.” or “where is the fight? They are not just good enough.”

Pundits are not paid to find on field solutions in football games, but to spark off-field talking points instead. These talking points yield more views and clicks than hardcore, intelligent football analysis.

Listen to them at your own risk.

Cardi B set to release her FashionNova ...