Idris Elba is the Sexiest Man Alive in 2018 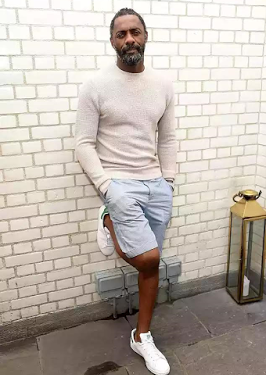 Popular American Actor, Idrissa Akuna Elba OBE popularly known as Idris Elba has been named the Sexiest man alive in 2018 by People Magazine. The actor is also a producer, musician and DJ. The “mountain between us” actor, the British heartthrob, 46, has become one of Hollywood’s biggest — and sexiest — star, he is basically a “sex-god” among most females.

So what did Elba think when he first heard about his latest title? “I was like, ‘Come on, no way. Really?’” the actor tells PEOPLE in this week’s cover story. “Looked in the mirror, I checked myself out. I was like, ‘Yeah, you are kind of sexy today.’ But to be honest, it was just a nice feeling. It was a nice surprise — an ego boost for sure.”

Idris Elba on the cover of peoples magazine

The British actor and star of The Wire, Luther and Mandela: Long Walk to Freedom was revealed as this year’s winner on Monday’s The Tonight Show Starring Jimmy Fallon.

Elba has two children – a 16-year-old daughter, Isan, and a four-year-old son, Winston.

He proposed to his model girlfriend, Sabrina Dhowre, 29, in February.