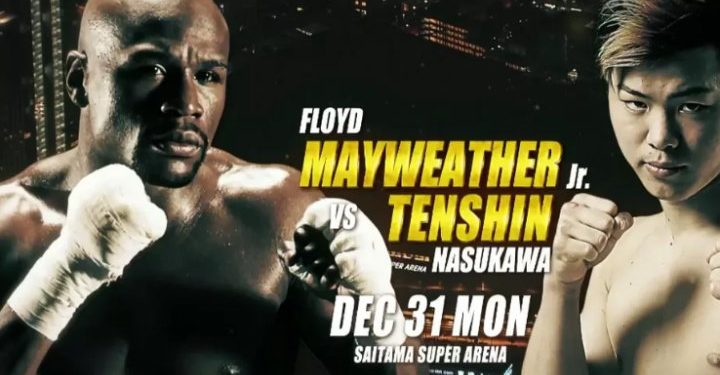 Unbeaten boxer, Floyd Mayweather Jr has confirmed he will come out of retirement to face Japanese kickboxer, Tenshin Nasukawa on New Year’s Eve in Saitama.

There had been rumours about his comeback for a time after he defeated UFC star, Conor McGregor in the 50th fight of his career.

There are no clear idea of what the rules will be like as that will be decided in the coming weeks.

Mayweather’s decision to fight with Nasukawa will come as a shock for many who expected him to fight Khabib Nurmagomedov after the later posted on Facebook that a fight with Mayweather was slated for May, 2019 in Russia.

Mayweather has now put a stop to the rumours and revealed who his next opponent will be.

“I wanted to do something different. It doesn’t matter where the fight is but it’s in a special place,” said Mayweather, a five-weight world boxing champion.

“I always wanted to display my skills outside the US and be in a special fight. This presented itself, I spoke with my team, I got with Rizin and we put it together.

“I fought in the US for all 50 fights but as an amateur I was able to travel and fight in Russia, Cuba and so many different countries.

“I chose Japan because it’s such a great place and they’ve got great people and the fighting atmosphere is unbelievable.

“I want to give the people what they want to see – blood, sweat and tears.”

Nasukawa is also confident of his own ability and relishes the opportunity to try and stop Mayweather’s unbeaten streak.

“I would like to prove with my own fist what others couldn’t do in the past,”

“My opponent looks taller than I thought, I think because of the aura around him, but I think I could hit him.”