As ASUU Begins Nationwide Strike, Labour Plans Ahead For Tomorrow 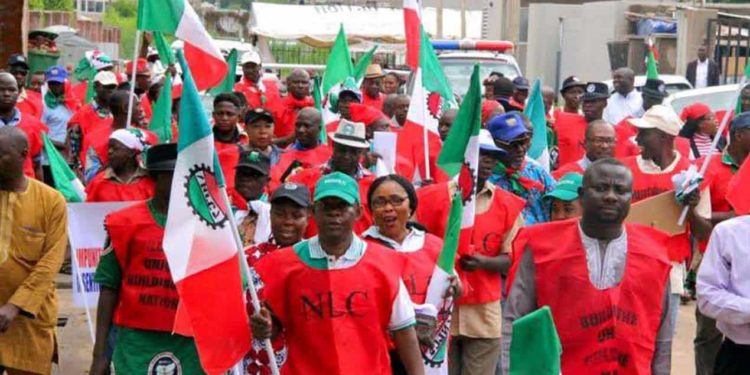 As ASUU starts their strike and down tools in all the Universities indefinitely, Labour is making plan to resume its own as deadline for strike looms.

According to National President Prof. Abiodun Ogunyemi, the move was precipitated by poor funding of Universities among other things.

According to the Guardian, organised Labour will be meeting later today with the Secretary to the Government of the Federation to discuss the situation and try to find a compromise.

Labour on the other hand has said it will not be renegotiating the N30,000 figure and would go on strike if the demand is not met by the Government, as it chapters have started putting finishing touches to the industrial action.

The chapter in Kano in Kano has threatened to paralyse all activities in the state and in extension, the whole country.

The State NLC chairman, Kabiru Ado Minjibir, said: “I am now directing the entire workers both at federal, state and local governments to embark on a strike action from 12:00 a.m. on Tuesday, in compliance with the nationwide strike declared by the mother body, to press home NLC’s demand for N30,000 minimum wage. The workers have decided to match force with force. While the government declared no work no pay, we will also invoke the doctrine of no N30,000 minimum wage no vote in next year’s election.”

Nigeria Union of Petroleum and Natural Gas (NUPENG) has also thrown its weight behind the strike, which could lead to a scarcity of petroleum products from tomorrow.

It is not clear yet when the ASUU strike would end as well as that of Labour if they eventually go on the industrial action as planned.