Ariana opens up about her relationships and recent break up 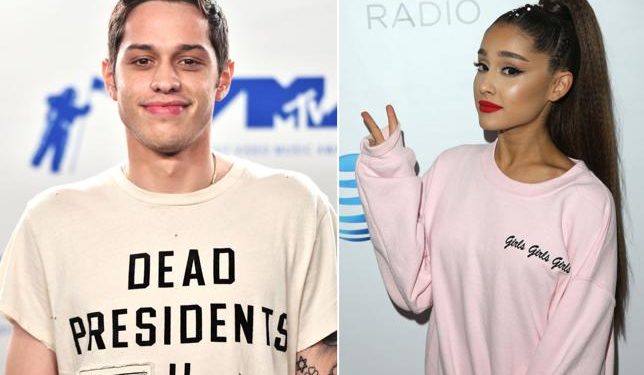 Its no new news that the award-winning singer, Ariana Grande was engaged to be married to her recent ex, Pete Davidson but it was reported that two had split. She took to her Instagram that she would be taking a break from social media following the split, Pete also opened up about the split on the popular comedy show, Saturday Night Live. It all started with a promo skit he did for his appearance on Saturday Night Live, he joked about marrying the show’s musical guest, Maggie Rogers, which Ariana wasn’t to happy with. View her reply below –

Then on Saturday, Ariana released single, ‘thank u, next’, which is all about her exes. She opened up about her past relationships with the likes of, Big Sean, Pete Davidson, the late Mac Miller and Ricky. She talked about getting married and she’s thankful for her ex’s.

[Verse 1]
Thought I’d end up with Sean
But he wasn’t a match
Wrote some songs about Ricky
Now I listen and laugh
Even almost got married
And for Pete, I’m so thankful
Wish I could say, “Thank you” to Malcolm
‘Cause he was an angel

Pete decided to be mature and clear the air, See video below-

At the end of one of his sketches, he said: “The last thing I will say is I know some of you are curious about the break-up.

“The truth is it’s nobody’s business, and sometimes things just don’t work out. And that’s okay.”

Then things got really sweet.

“She’s a wonderful, strong person, and I genuinely wish her all the happiness in the world.”

We’re glad to see Ariana doing better and blessing us with new music.

THE EXCLUSIVE INSIGHT INTO THE ART X ...