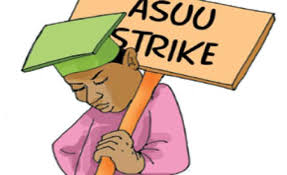 The Academic Staff Union of Universities has declared a nationwide indefinite strike following the inability of the Federal Government to respond to its demands.

Specifically, the union accused the government of not implementing the Memorandum of Action signed with it, declaring that the strike would be total as all federal and state varsities would join the strike, according to Punch.

The announcement was made after their National Executive Council meeting held at the Federal University of Technology, Akure, Ondo state on Sunday 4th of November 2018,

Speaking to journalists after the meeting, ASUU president, Prof Biodun Ogunyemi said all effort made by the union to make the government implement the agreement between them fell on deaf ears.

Linda Ejiofor is getting married!