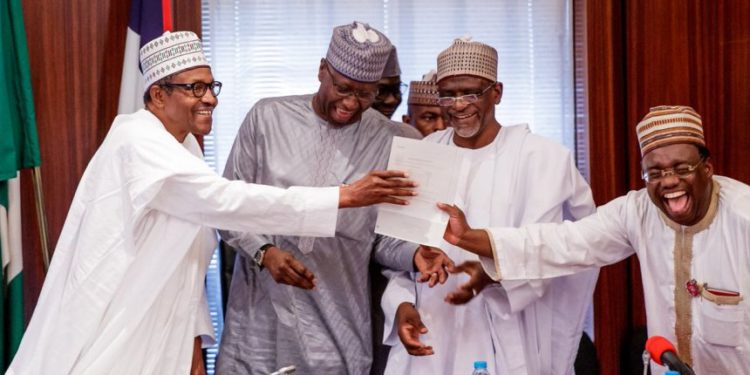 President Buhari who has been criticized lately due to his inability to provide his WAEC result was presented the document today by the Registrar of the examination board, Iyi Uwadiae to at the State House on Friday in Abuja.

Special Adviser to the President on Media and Publicity, Mr Femi Adeshina took to Twitter to announce the news.

He tweeted: WAEC presents attestation certificate and confirmation of school cert result to President Buhari. What will the naysayers say next?

President Buhari’s WAEC result has been a subject of controversy recently after he submitted his nomination forms to the Independent National Electoral Commission (INEC) without his WAEC certificate attached to it.

The criticism of Buhari’s certificate is coming in the build up to the 2019 general elections as he seeks reelection for presidency.

Buhari who experienced similar experience in 2015 joined the army where he attained the position of a major general before retiring in 1985 following a coup.