Goggle employees worldwide staged a walk out over the company’s handling of sexual harassment claims.

In New York, over 3000 gathered in a City park with signs that read, “O.K. Google, really?” while thousands in Silicon Valley walked out and chanted “Stand up! Fight back!”

Many other Google offices around the world also saw the same scenario, from London to Chicago and Berlin, including Zurich, Seattle, India, and Singapore.

One of those executive paid off despite allegations of sexual harassment levied against them was Andy Robin – the creator of the Android mobile software, who was paid $90 million despite the harassment claim against him being credible. 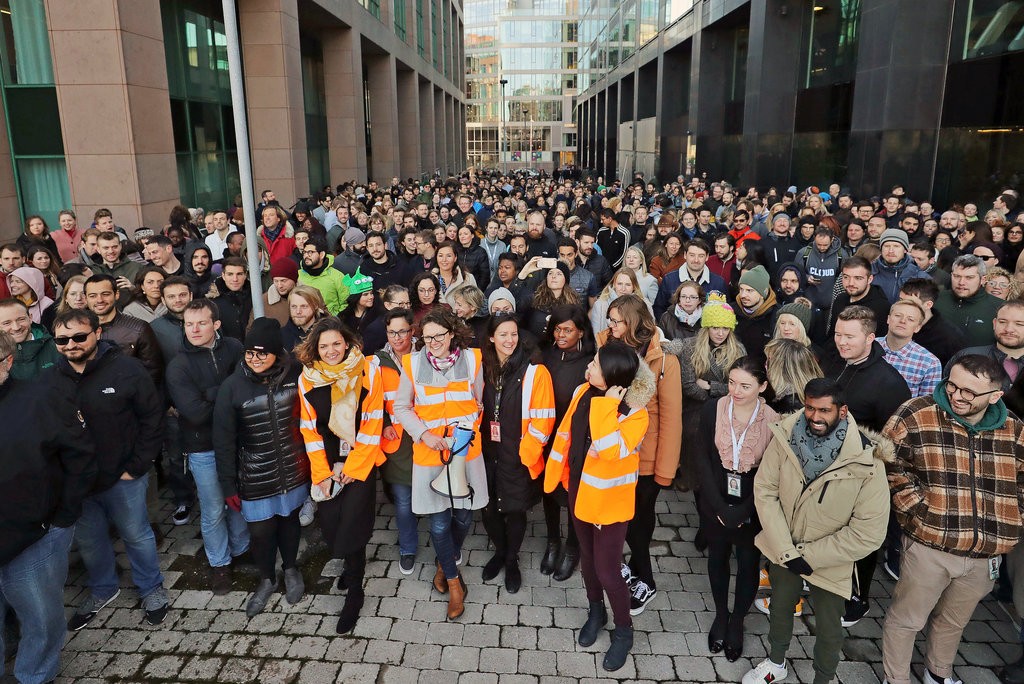 Outside Google’s European headquarters in Dublin, employees walked off the job on Thursday to the treatment of executives accused of sexual misconduct.CreditNiall Carson/Press Association, via Associated Press

The walkouts started in Asia but quickly spread to other parts of the world and involved both men and women who walked into pavements and parks, with placards. Many took pictures and shared on social media.