President Muhammadu Buhari’s son Yusuf, is currently enrolled in serving the country. In posts shared on the Insta-story of his sister Zahra Indimi, Yusuf is pictured in his National Youth Service corps uniform. He’s serving at the orientation camp in Kubwa, Abuja. 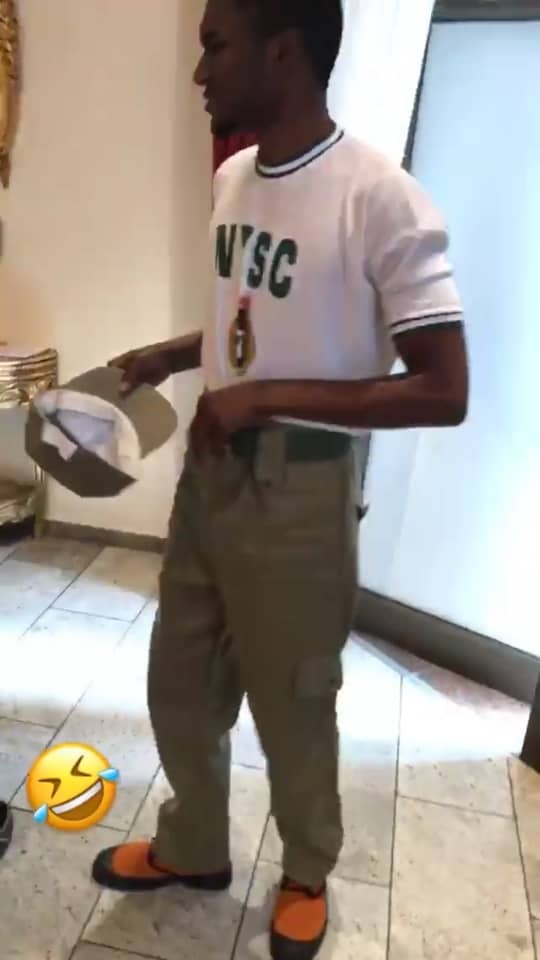 He is the only son of President Muhammadu Buhari with his second (and current) wife Aisha, with whom the president has five children. Yusuf is also the only male of the President’s surviving eight children. The President’s only other son from his first – and now late – wife Safinatu (who bore him five children), Musa, is deceased. Yusuf is a 2016 graduate, along with his sister Zahra, of the University of Surrey in the U.K.