Kemi Adetiba is our WCW for today.

Our WCW is none other than the beautiful, talented, lovely, King of Boys producer, Kemi Adetiba.

Kemi Adetiba has won the hearts of so many through her music and movie productions.

No doubt She is one of the most talented people in the industry, She sees her production not as mere production but as an art.

Born in Lagos on January 8, 1980, Kemi Adetiba started her journey into the media as a young child where she headlined two national television commercials for the iconic detergent brand OMO, following the path of her father, Dele Adetiba, a veteran in the advertising and broadcast industries who played a pivotal role in the development in Nigeria. Kemi is also a graduate of law.

In 2007, after years of success in front of the camera, her love of storytelling drew her to enroll in the New York Film Academy.

Shortly after its release, her short ‘Across a Bloodied Ocean’ was screened at the Pan African Film Festival in Los Angeles and the National Black Arts Festival in Atlanta that same year.

For Kemi “The greatest thing you can do for yourself is every time you have the opportunity to handle someone’s project, knock it out the park, and that is what I live by every day.” 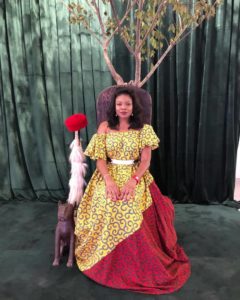 Kemi Adetiba is our WCW

Another brilliant work by Kemi is the King Women series, King Women is in partnership with Accelerate TV, and it seeks to tell exclusive chronicles of inspiring women celebrating their trials and triumphs with life lessons for all.

Her videography includes “Last Bus-stop” by Niyola , “Dance Go (Eau de Vie)” for Hennessy Artistry ‘15 {feat. Wizkid and 2face Idibia} , “Out A Magazine” by Lindsey , “My Darlin” by Tiwa Savage , “My Place” by Lynxx, “Love to Love You” by Niyola (featuring Banky W.), “Sitting on the Throne” by Olamide, “Anifowose” by Olamide “Onye” by Waje, “Toh Bad” by Niyola , “Say” by Bez,“Tease Me/Bad Guys” by Wizkid, “I Believe” by Ego, to name a few.

Her recent movie King of Boys is a must watch!

There is no doubt that Kemi Adetiba is definitely a force to be reckoned with in the Nigerian entertainment industry.

Khashoggi Was Strangled Immediately He Entered The ...