Call for Nominations for The Future Awards Africa 2018 closes in 2 days! 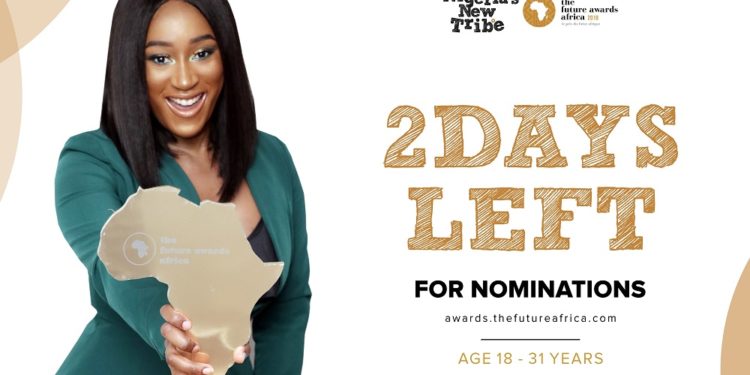 Africa biggest awards, The Future Awards Africa (TFAA) has announced that its 2018 call for nominations will close in two (2) days, October 31, 2018.

The Central Working Committee (CWC) of the awards stated that the nominees should be young people who had made significant strides, defying the odds within the year under consideration. The public is encouraged to nominate trailblazers from their communities in categories ranging from social activism, business, professional service to media, and entertainment for the year in view.

The 13th edition will have a two-day activity focused on engaging youth in different industries from women conferences to technology and innovation. This will further continue to create a strong network for youth to support one another in the leadership space.

Do you know of someone who deserves to be recognised for his or her work in Nigeria?

Click here to view the categories up for public nominations and to nominate: awards.thefutureafrica.com/nominate