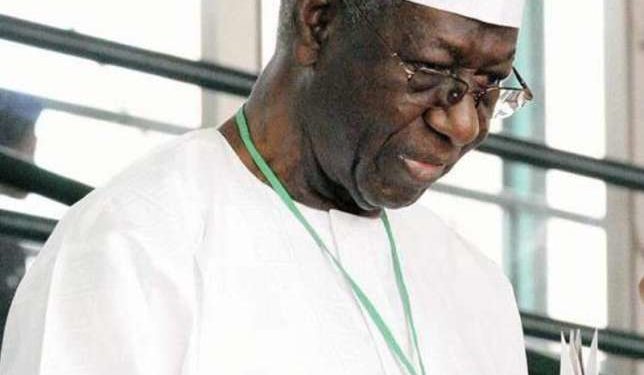 Edo State born and a veteran in Nigeria’s politics, Chief Tony Anenih has passed on at the age of 85.

He passed on on Sunday at a private hospital in Abuja following a brief ailment. Family sources who confirmed his demise said Anenih who quit partisan politics more than a year ago after he suffered two quick successive deaths to member of his close family (wife and son), had been frail and was taking life easy.

Chief Anenih was one of the most influential politicians of his era. He was nicknamed ‘Mr Fix It’ for his ability to manipulate the electoral process.

Following the sad state of Nigeria, Anenih cancelled his 85th birthday celebration in July this year.

He also sympathize with the people and government of Edo state alongside with the Peoples Democratic Party on the demise of one of their own. He prayed for all who he left behind the courage to bear the loss.