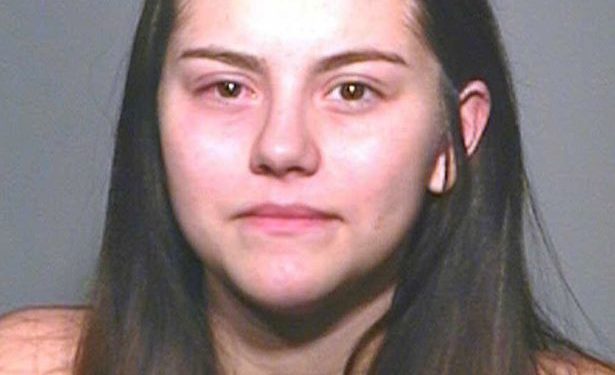 A teen mum allegedly searched for ways to kill babies before drowning her four-week-old son in the bath to stop him crying, police say.

Jenna Folwell, 19, has been arrested on suspicion of murder after the baby boy was found dead inside a black duffel bag in her apartment, US media reports.

The grim discovery came after Folwell called police saying her son had been snatched at a park.

She claimed she was putting him in his car seat when someone came up from behind, put a bag over her head and ran off with him.

Police launched a huge search of the area where they found the baby – who has not been named – at Folwell’s apartment in Chandler, Arizona.

Officers then seized her phone and discovered more than 100 different web searches that ranged from “ways to die instantly” and “missing babies cases,” police said.

She had also allegedly searched how long it takes for a baby to drown, according to 12 News.

Police say Folwell then changed her story and admitted to faking the kidnapping and hiding her son’s body in the bag.

It’s alleged she told them she was taking a bath with her son and fainted. When she came back around, she said, her baby had drowned. Investigators then asked Folwell about her web searches on her phone. Folwell then reportedly admitted to intentionally killing her son.

She said she decided to kill him by drowning because she didn’t want to hear him cry, according to Chandler Police.

She reportedly claimed he was in the water for about a minute when she regretted her decision, pulled him out and tried to do CPR but it was too late.

Police said Folwell was booked into Maricopa County Jail on one count of first-degree murder.

In her initial court appearance, the judge said she Folwell is a flight risk and issued her a $1 million-cash bond.

In a heartbreaking statement, the baby’s father told ABC15.com: “I will never get to have any firsts with my son…I won’t be able to watch him play catch or go fishing. I won’t be able to even take him to school.”

He continued: “She took away my life with Rainer the moment she took his life…she could have reached out to me or my family and we would have taken sole custody.”

Kylie Jenner and Travis Scott’s get a ...