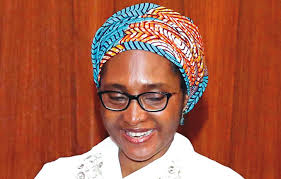 The Federal Government has revealed that it is working with religious and traditional leaders to place a limit on children women can have in the country.

Zainab Ahmed, the minister of finance  revealed this while speaking at the 24th Nigerian Economic Summit in Abuja.

It was reported that Ahmed said that the country’s population and its estimated growth are one of the challenges identified in achieving the Economic Growth and Recovery Plan (ERGP).

A policy limiting of the number of children women can have will be important for sustaining the growth of the economy, Ahmed shared.

While she mentioned that the policy will limit the number of children women can have, nothing was mentioned about men. She said  ”We have been engaging traditional, religious rulers and other leaders. Specifically, we have found out that to be able to address one of the great challenges that we identified in the ERGP, which is the growth in our population, we need to engage these institutions.

And we hope that with their support, we will get to a point where we can come out with the policy that limits the number of children that a mother can have because that is important for sustaining our growth.

The ERGP is not a new plan, it’s a plan that reviewed what needs assessment, what was in the vision 2020, what is in existing sector plans so because we have taken those plans and used them, the next administration will continue them, which government will not want to continue to improve the infrastructure? What we have in the ERGP are things that any government must do.”