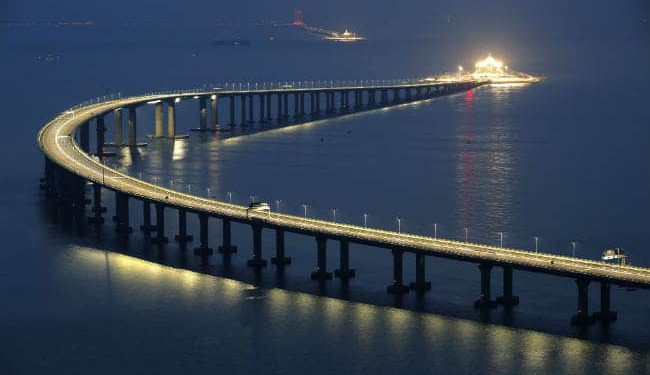 Chinese President Xi Jinping officially opened the world’s longest sea-crossing bridge Tuesday at a ceremony in the southern city of Zhuhai.
The $20 billion mega project further connects mainland China with the semi-autonomous territories of Hong Kong and Macau, with a 55-kilometer (34-mile) road bridge that has been in the works for almost nine years.
It’s a key element of China’s plan for a Greater Bay Area covering 56,500 square kilometers (21,800 square miles) of southern China, and encompassing 11 cities, including Hong Kong and Macau, that are home to a combined 68 million people.
“I declare the Hong Kong — Macau — Zhuhai bridge officially open,” Xi said in a seconds-long speech before a giant display showing the bridge.
The announcement was greeted with applause from the hundreds of guests in attendance, including the leaders of Hong Kong and Macau, Carrie Lam and Fernando Chui, and Guangdong Party Secretary Li Xi.
The bridge will open to the public for the first time on Wednesday.