Messi To Miss El Clasico After Elbow Injury Against Sevilla 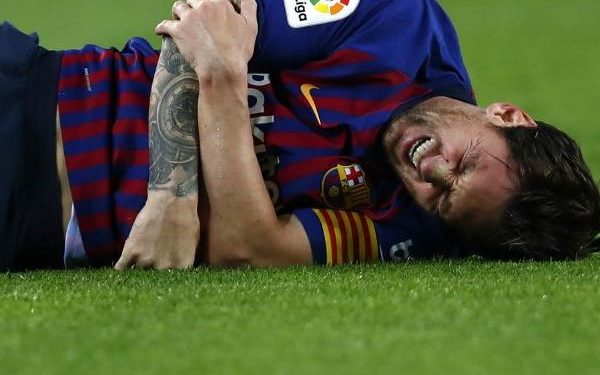 Lionel Messi has been ruled out of El Clasico after being forced off with an elbow injury against Sevilla.

Messi landed awkwardly on his elbow after colliding with Vazquez and was taken off in the 17th minute.

Even though he was substituted off early, he had a significant impact on the game after providing an assist fir Coutinho and scoring himself.

A statement by Barcelona said the player fractured the radial bone in hos right arm and is set to be out for three weeks.

“Tests carried out on the first team player Leo Messi have confirmed that he has a fracture of the radial bone in his right arm. He will be out for approximately three weeks,”

The player is set to miss the El Clasico next week and also Champion league games against Inter Milan.

Barcelona coach, Ernesto Valverde insists the team will not struggle in the absence of Messi.

“We know what he gives to us and what the opponents think when they see Leo on the field,”

“We must prepare ourselves and have the resources to cope without him, even if these are tough games.

“In the past, we have had games without him and we have always tried to maintain our style.”

The people responsible for the death of ...