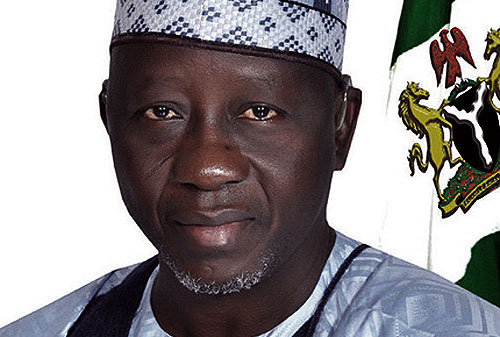 Khalid Al-Makura, the son of Nasarawa State governor, Tanko Al-Makura has been involved in another hit and run, this time, he knocked down about 6 persons in the Mararaba Ankunza area of Lafia, the state capital.

Khalid was returning from a club and was allegedly drunk when the accident occurred, Tribune reports.

Khalid was once involved in the death of a Junior Secondary School 2 student Ovye Amos after the car he was driving knocked the student down.

Khalid was arraigned for manslaughter, but nothing was heard of the case again and he was allowed to go free.

Speaking to Tribune, the traditional chief of the area, Ibrahim Mohammed confirmed the accident, saying three persons sustained serious injuries, but there was no record of death.

Speaking to Tribune, the leader of the vigilante group, Isah Danladi said:
“We stood our ground to save him before we later realised that he is Governor Al-Makura’s son. In fact, if we were not there nobody knows what the youth could have done, because they were angry and ready for jungle justice as they noticed the driver was drunk”.

Khalid, is said to have been involved in several hit and run accidents that has claimed four lives in the last three years.
It is said that authorities, the Police and Federal Road Safety Commission (FRSC), have not taken any action to stop him.

Tribune said a source disclosed that “Governor Al-Makura has placed Khalid on serious checks and has directed that no vehicle should be allowed to be kept in his custody to prevent further backlash against the first family of Nasarawa State.”

Another source, says that Khalid is presently in hiding to prevent any negative action against him by his father.

Speaking to journalists, Nasarawa State Police Public Relation Officer, John Idrisu Kennedy, said: “I am not to comment on this”.