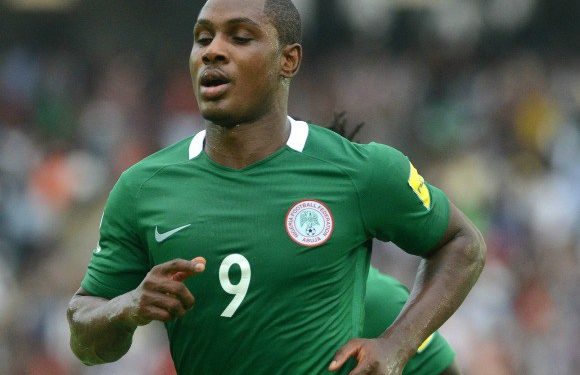 And that epitomises Odion Ighalo at the moment. The striker didn’t endear himself to Nigerians during the World Cup, and many called for his immediate and permanent drop from subsequent Eagles Squad. And they had good reasons, too.

So when Super Eagles coach, Gernot Rohr named him in the squad for subsequent teams to play in the qualifiers, many raised an eyebrow and asked why the Eagles couldn’t have done better. The fact he now plies his trade in the backwater of Chinese football for Changchun Yatai didn’t help his cause either.

It wasn’t his fault that the coach called him, and there was nothing he could have done except to react. And that was exactly what he did, and instead of sulking for all the unnecessary abuse thrown his way, he buckled up replied in the only way expected from a professional of his calibre.

Five goals (including a hat-trick) later, he has restated his claim for inclusion going forward and has not only bought himself and career a bit more time, and also the respect of many Nigerians, as evidenced by reactions on social media.

He has shown that when his team needs him, like last night, he can deliver with either a performance or a goal.

And like they say in football, a player is only as good as his last performance.

The Ikorodu Talented kids” DreaamcatchersDA” get another ...