Nigeria is the best performing economy in Africa – Keyamo 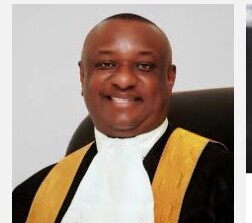 Director of media of the Buhari campaign organisation, Festus Keyamo, has claimed that Nigeria’s economy is the best performing in Africa. Keyamo who is also a senior advocate of Nigeria (SAN) disclosed that “oil (subsidy) premium” has been introduced in the 2019 budget proposal. He disclosed this while speaking on Channels TV on Monday,
In his words:
“I need to remind Nigerians about the GDP growth. Of the 11 countries that went into recession around the world, Nigeria has exceeded all of them in terms of GDP growth.” “None of them has crossed 1.4 to 1.5 percent, Nigeria is doing close to 2 percent GDP growth right now. Let us get that one clear, Forbes Africa has rated Nigeria as the best-performing economy in Africa. The results came out two-three weeks ago, we are the best-performing economy in Africa”.

Speaking on the re-introduction of subsidy into the 2019 budget, he said: “What happened under the PDP government was that they were paying for products that did not land at all. That was the scam that was happening, It was fraud, the greatest stealing in the history of this country happened under them. “All the PDP bigwigs were all involved in this subsidy scam, then you saw that many of them refunded money. Like I said, they were paying for products that did not land at all, they will tell you they have brought product and you have to pay subsidy on those products. “The NNPC officials knew, everybody knew that the products did not come at all. What did Buhari do when he came? He said he wanted to cleanse that industry, he said NNPC should take complete charge of importation. “The government wanted to eliminate subsidy at that time, but as the price of crude went up, the price of production went up, the price of the bye-products also went up, its normal.”

He said government was not paying subsidy when oil price was $28 to $30. He claimed that “the difference occured when oil prices went beyond $43 per barrel, because that was the benchmark, as it rose beyond $43, the delta started, not subsidy. We started to pull away from N145”. “So the landing cost came to N203/N205, and we are still selling for N145 and the president said you cannot suffer the masses. Now how do they cover it? Not subsidy. “The NNPC Act allows the NNPC to make refunds to the federation account, in other words, they can spend money and return the balance to the federation account, by law.” “It is now in the 2019 budget; despite the fact that it is backed by law, that premium has been put in the 2019 budget proposal.”