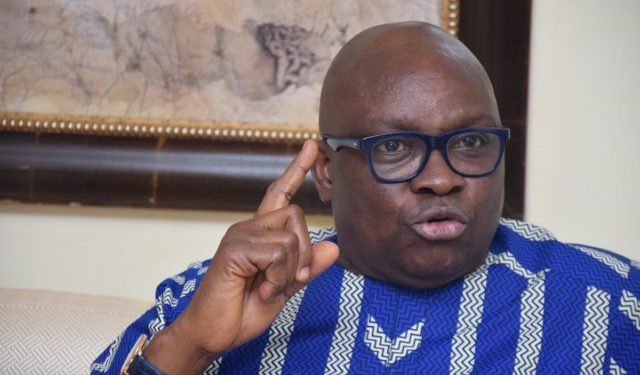 Many loyalists and political appointee of Ekiti State Governor, Ayodele Fayose, yesterday shunned the farewell dinner in honor of the outgoing Governor, held at the Government House in Ado-Ekiti.

The dinner was part of the week long activity to mark Fayose’s tenure in office, but many failed to show up as there were less than 20 people in attendance as at 12am. The dinner started around 7pm.

According to Sahara Reporters, notably absent were the house of representative members, commissioners and permanent secretaries.
Majority of those in attendance comprised of the Journalists, the security and the those billed to perform at the event.

Fayose is set to leave and hand over to Governor elect Kayode Fayemi on Tuesday, but has delegated that duty to Head of Service, Dr. Gbenga Faseluka.

Genevive Nnaji speaks to TIFF about the ...