Ibukun Ayoola started her drumming career as a back up artiste, playing the drums for years before setting out on her own. She was recently interviewed by BBC Yoruba news and she was described as a brave woman and performer.

The talented artiste explained in her interview that she didn’t choose the bata but the drum chose her.
The bata exponent was selected from a long list of African performers in 2017 and she performed at an event in Konye, Turkey which attracted an audience of African Heads of States, ministers, diplomats and the business leaders.

Olo Omidan bata has performed in many other African entertainment shows across the country. According to the wonderful performer who is proud of her heritage, a lot of people once said to her it isn’t possible for a woman to play the bata drum but here she is today. 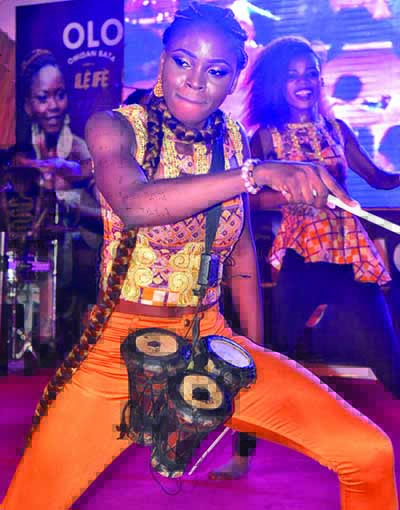 We celebrate a talented achiever and performer, olo omidan bata as our woman crush Wednesday.