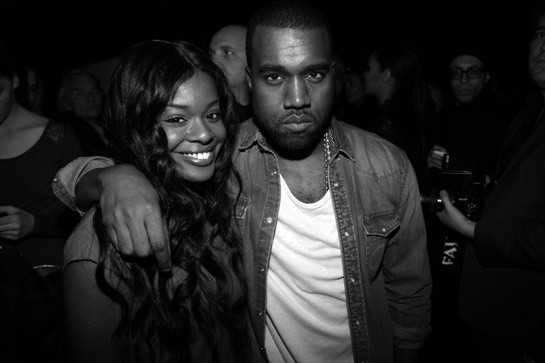 Who would have thought?

Kanye West has sided with Azealia Banks in her beef against Lana Del Rey.

Kanye, who has deleted his twitter account replied with “you never blew it.” in reference to Del Rey’s assumptions that Azealia had blown her career away.

“There is so much to do.” He encouraged her.

And in yet another post, Azealia insinuated that she was on her way to Chicago, possibly to collaborate with Kanye West.