Award winning singer, Simi who is one of the most sought after female singers in Nigeria at the moment has shared on Instagram today how years ago, she had to beg to have top industry forces like Don Jazzy listen to her songs.

Some throwback tweets, revealed that the singer who is now a known musician was once begging Don Jazzy to listen to her mixtape 4 years ago. 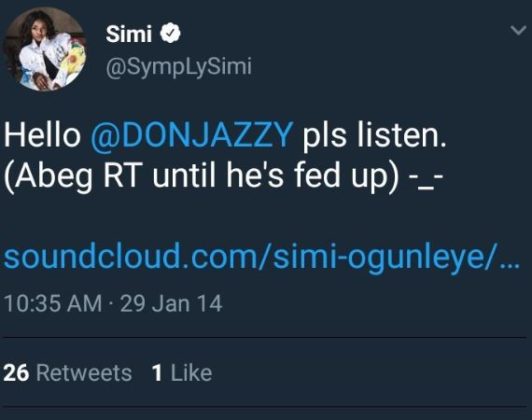 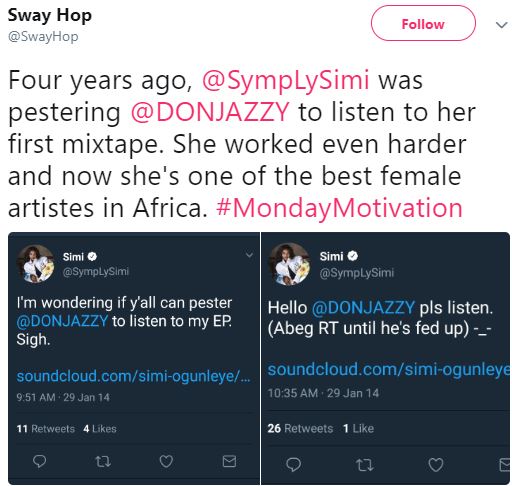 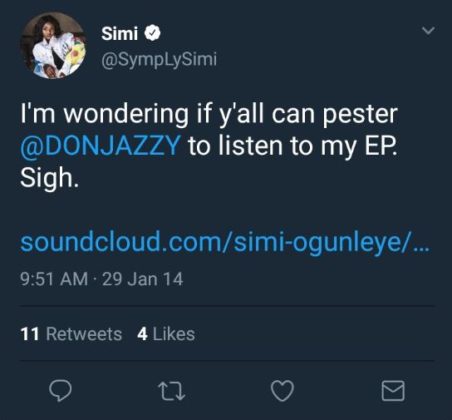 The old tweets were dug out by a Twitter user @Swayhop.

He wrote: “Four years ago, @SympLySimi was pestering @DONJAZZY to listen to her first mixtape. She worked even harder and now she’s one of the best female artistes in Africa. #MondayMotivation”
Simi replied “man the hustle is constant and God is good”.