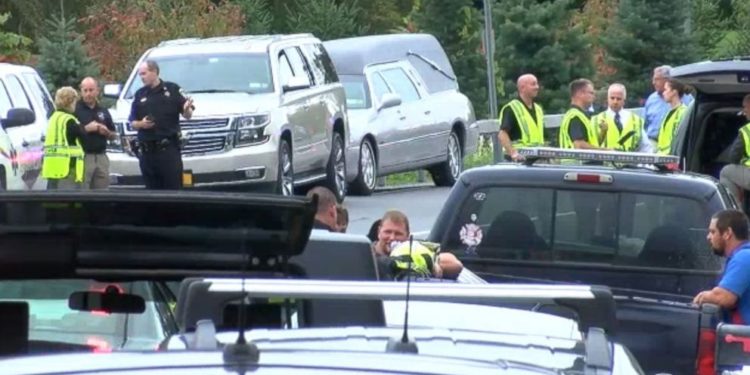 Four sisters and two pairs of newlywed have been confirmed to be among the 20 who lost their lives in the Limousine crash in New York over the weekend.

The Limousine was carrying the passengers to a wedding reception when the accident happened.

The limousine was believed to have been at a speed of 60 mph as it sped down a hill on route 30, outside an Apple Barrel store in Schoharie, New York.

While the New York State Police have not released the names of the dead, they have confirmed that 20 people lost their lives in the accident.

It is the deadliest transportation accident in the US. since 2009.