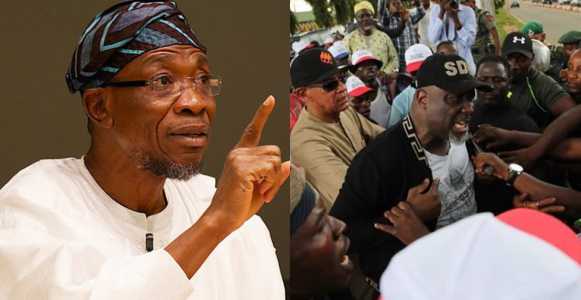 Outgoing Governor Aregbesola of Osun state, has described the Saraki led PDP protest as a ‘charade of mentally unstable people who need psychiatric attention.
He describe as a charade, the Bukola Saraki-led protest against the defeat of Peoples Democratic Party (PDP) in Osun governorship election.

Aregbsesola spoke at the presidential villa in Abuja saying that the protest of the PDP and select senators, including Dino Melaye and Ben Bruce, “is nothing but a charade and an act of irresponsibility’’.

What police should have done to Saraki, ...