According to reports, campaign buses belonging to Governor Rochas Okorocha’s son-in-law, Mr. Uche Nwosu has been razed down by angry youths in Imo State.

The youths believe the governor is imposing his son in-law on them. And to show their grievance, they burnt down three branded vehicles belonging to Governor Okorocha’s son-in-law at Amaike Primary School in Mbaitoli local government area of Imo State.

Nwosu is the favored successor to the governorship seat in Imo state which will be vacant at the end of Okorocha’s tenure. 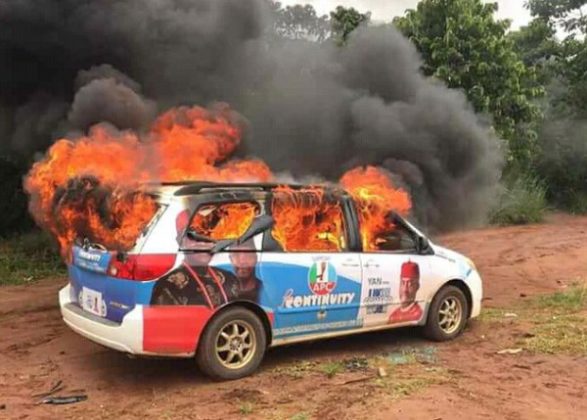 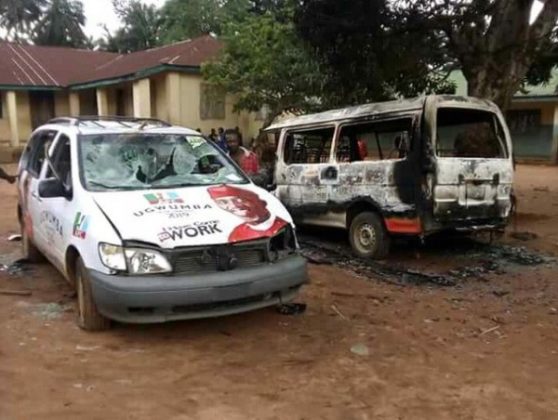 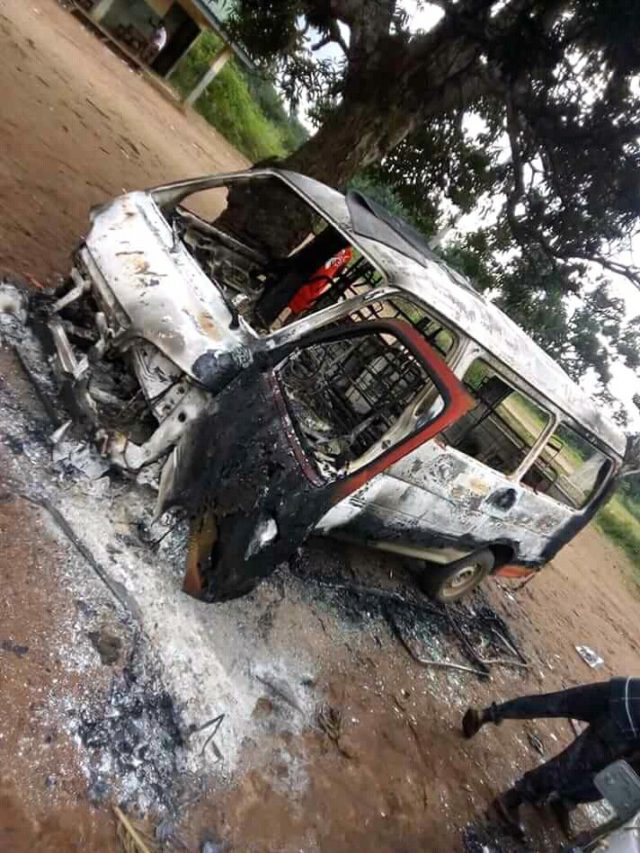 Meanwhile a violent battle is going on between Governor Rochas Okorocha’s deputy, Prince Eze Madumere and the governor’s son in-law, Nwosu over the All Progressives Congress governorship ticket in the state.

“Ambode has done well as governor but ...