Olawale Ashimi more popularly known as ‘Brymo’,performed his hit song ‘Heya’ at the O2 Academy Islington, London last Friday.
Just as he did in the video for the afro-soul song, the singer performed almost n*ked, wearing a loin cloth covering only his groin area. 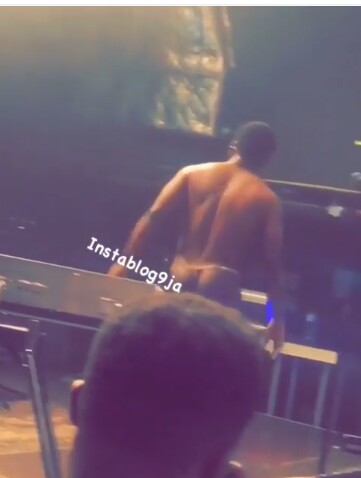 His ‘Organised Chaos’ concert is set to take place in Lagos on Monday and the singer says the concert has sold more tickets than any Nigerian artiste has sold.”

In September, he released a book, ‘Oriri’s Plight’ which is his debut effort as an author.

According to the singer, the e-book “is a multifaceted work of fiction, centered around a young and curious Nubian man of the dark ages”.