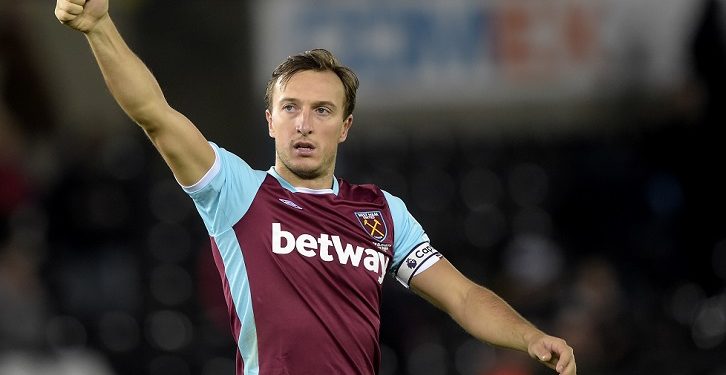 It was the Mark Noble show at the Olympics Stadium in London as the 31 year old was the catalyst for West Ham’s win against Manchester United, who have now gone three games without a win.

Mourinho opted for a midfield of Fellaini, Matic and Pogba, but couldn’t muster much going forward and had their first effort on goal in the closing minutes of the first half.

Noble on the other hand looked rejuvenated and up for the task, controlling the game at will and even assisting for his team’s third goal which was scored by Arnautovic. He practically seized the ocassion and ran rings around the United midfield, atimes making them pedestrian.

Felip Anderson opened the scoring in the early minutes with his first West Ham goal after great work on the right by Zaballeta who was released by a great pass from Noble. Even though started started with a back five, Noble found them easy pickings and time after time cut them through at will.

United never really responded and went further behind not long after.

And when they mustered a comeback, Arnatouvic’s goal pegged them back once more and left made sure this was United joint worst start to a season.