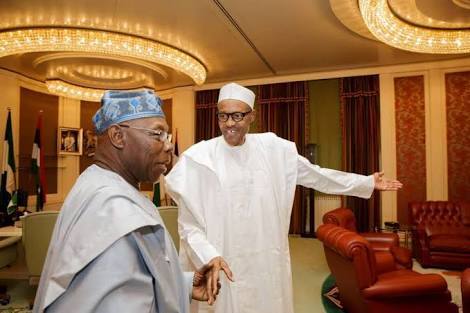 Going against the wish of his father, son of former president, Olusegun Obasanjo, Abraham Obasanjo has declared his support for President Buhari’s second term bid.

Abraham made this known in a letter he wrote to the Buhari Campaign Organisation on Wednesday and was confirmed b spokesman of the campaign, Festus Keyamo. Keyamo shared the content of Abraham’s letter on Twitter which read:

“Dear Sir, please find attached a statement of my public declaration and support for the 2019 second term re-election bid of our highly esteemed President Buhari,” Obasanjo’s son wrote in a letter.

“I have taken a personal decision to release the statement and to notify you of my availability to work for the re-election of our dear President Muhammadu Buhari with sincerity and loyalty.

“Please accept my assurances of the highest regards.”

Former president Obasanjo is not in support of Buhari seeking a second term and is taking steps to ensure that someone else takes his position.

In January, he released a strongly-worded statement where he advised the president to forget about another term. He accused Buhari of shielding some corrupt persons around him and favouring a section of the country against the other.