A cross section of Ondo City Facebook Hangout 2018 team led by its convener, Mr Adedayo OlaOluwa Fisayo popularly known as Ogbeni La paid a courtesy visit to the office of the Chairman of PMAN (Ondo chapter) in the person of Mr Dapsing Aderele on Monday 24th of September, 2018.

Ogbeni La after briefly introducing his 10-man team to the host explained that the team decided to seek partnership with PMAN (Performing Music Artistes Employee Association) because they have enjoyed patronage from Mr Dapsing even before he became elected to the office earlier this year. He also stressed that any serious event in the city that doesn’t involve the participation and partnership of the highest music body in the city is only ambitious at best. 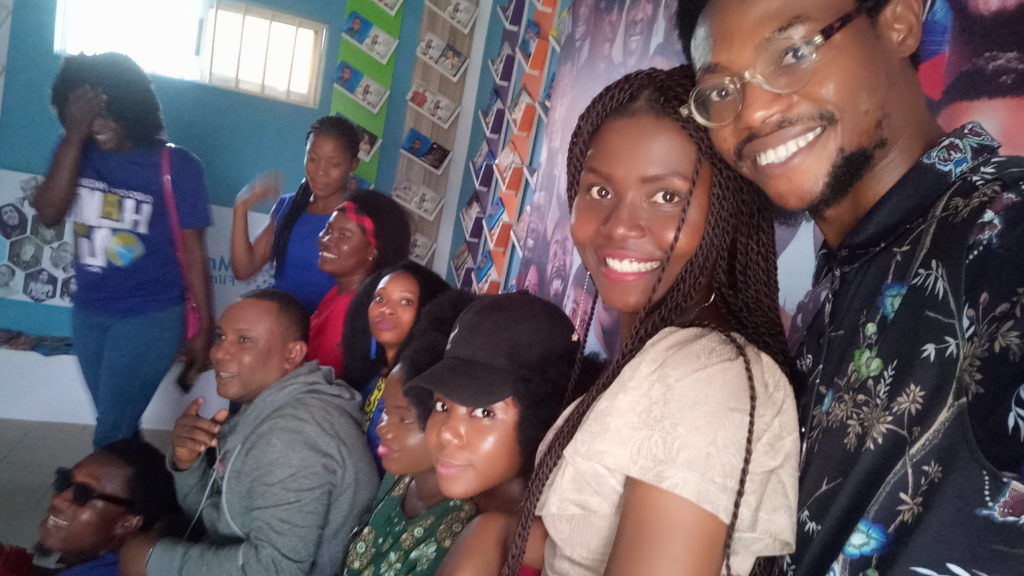 After the official letter of the partnership deal was delivered by one of the team members to Mr Dapsing, the PMAN Chairman thanked the OCFH18 team for coming around. He commended Ogbeni La for a job well done and promised to deploy all the arsenal in his capacity to ensure the event is a huge success.

Pictures were taken afterward and Mr Dapsing used the opportunity to show the team around his reception.

Will Smith bungee jumps to celebrate his ...